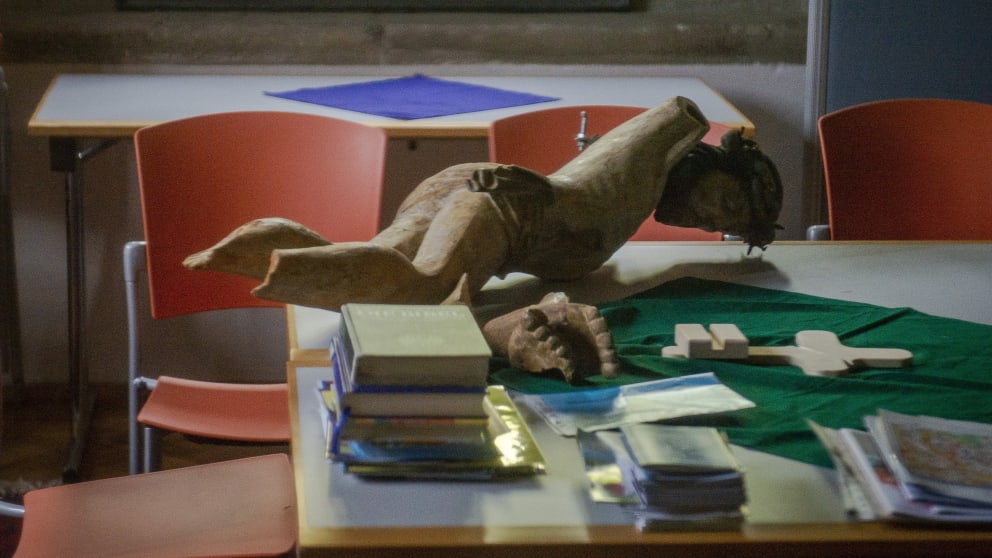 He could not believe his eyes when Pastor Klemens Müller (50) looked out of the window last week. A young Afghan (25) was just clearing out the “Frauenberg Church” in Nordhausen.

The refugee, who has been living in Germany for five years, calmly dragged chairs outside, emptied the altar, tore music books and organ literature out of the cupboards, and did not stop at the cross or a Jesus figure. The priest tells BILD exclusively how he experienced what happened.

The priest rushed to the street to stop the man. And was promptly told by the Afghan that he considered the Christian faith to be “wrong.” The refugee says it was fundamentally a mistake that Jesus Christ was the Son of God. Which is why he felt compelled to empty the place of worship.

“Most of them reject our culture”

The church will now file charges against the Afghan for burglary and trespassing. For District Administrator Matthias Jendricke (SPD), the case is quite clear:

“I strongly condemn this trespassing with damage to property. Such behavior is the reason why I already pleaded in the summer not to accept any more refugees from Afghanistan. Most of them reject our culture. It is a misconception to think that they would want to integrate well, as yesterday’s incident proves once again.”

The generous opening hours of the house of worship, which have been offered for weeks, will be terminated as a consequence.