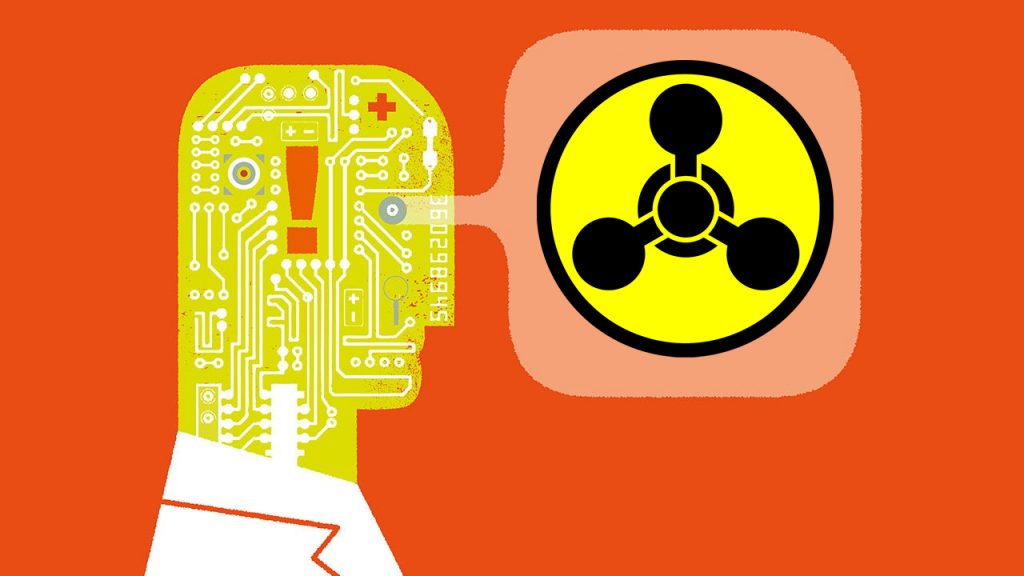 It took an artificial intelligence just six hours to come up with 40,000 potentially lethal molecules, including some that resemble VX, one of the most toxic substances in existence. The responsible researchers say this is a “wake-up call.”

The experiment was carried out by researchers from Collaborations Pharmaceuticals. The company actually uses machine learning to research drugs and new treatment options for rare diseases. As part of the Spiez Convergence, a conference on developments that could impact the biological weapons conventions, the scientists gave their AI a slightly different assignment.

In fact, as the paper‘s lead author, Fabio Urbina, explains to The Verge, AI studies molecules for their toxicity in order to create drugs that aren’t dangerous. For the conference, however, the scientists were asked to turn this principle around in order to simulate what could happen if such artificial intelligence fell into the wrong hands.

The authors write that they did not come up with this idea themselves. However, the results should be seen as a “wake-up call.” Certain expertise in chemistry or toxicology is still needed to produce substances that could cause major damage. But if machine learning comes into play, for which you only have to be able to code and evaluate the output, then the threshold drops significantly.

For the test, the scientists focused on substances that are similar to the nerve toxin VX. The AI ​​not only calculated VX itself, but also numerous other known toxins – and many new molecules that the researchers consider “possible” due to their chemical structure. They are said to be even more toxic in some cases.

In their paper, the researchers intentionally do not go into specific details for security reasons. Because, as Urbina emphasizes, it is not too difficult to replicate some of the molecules. Anyone who has knowledge of the Python programming language, downloads the relevant open-source datasets from the Internet, and invests a weekend of work would get quite far.

Fabio Urbina, lead author of the paper (Source: The Verge)