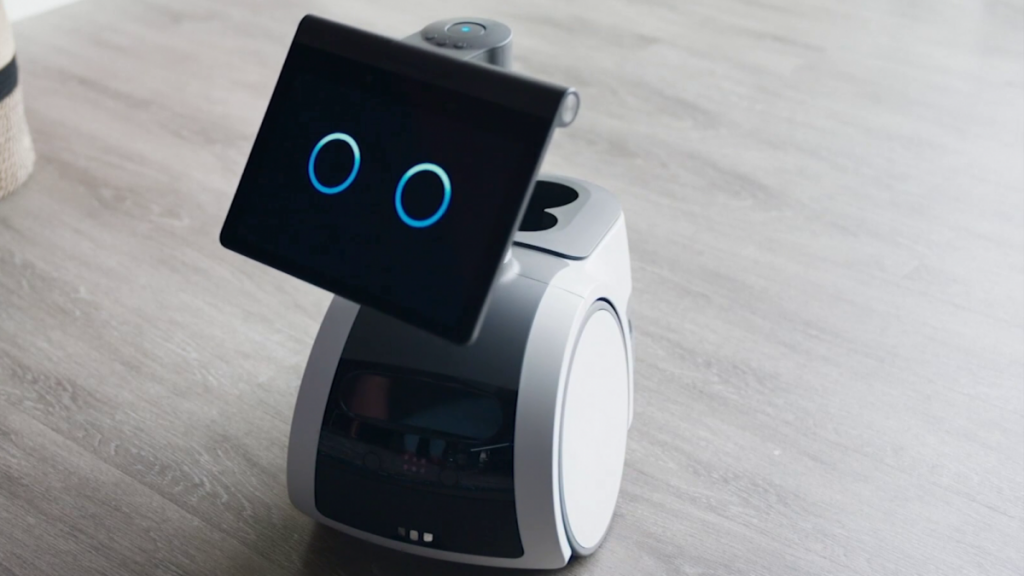 Amazon presented a mini robot, dubbed “Astro,” that is equipped with the Alexa voice assistant and can move independently through its home today.

According to their own statements, the developers were inspired by “science fiction.”

The robot navigates autonomously through the home of its owner. To do this, it has to know or record and register its surroundings exactly, much like a vacuum cleaner robot. He does this with an extendable tripod and camera on top of it. Amazon calls it a periscope.

Astro is also charged in a similar way to a vacuum cleaner robot, namely via a docking station where it “goes to sleep”.

Thanks to facial recognition, Astro also recognizes its roommates and can therefore provide them with information “tailored to their needs.” Because Astro is equipped with a display as a “face”, it can also be used for video telephony or like a telepresence robot.

Amazon is evidently aware that an autonomously acting robot with a camera and microphone triggers data protection concerns. The press release emphasizes that you can deactivate both the camera and the microphone as well as the entire robot at the touch of a button.

When video and sound are transmitted, this should be visible via a clearly recognizable LED light on the periscope. When Astro is switched on via voice command, a visual indicator shows that the robot is “alive.”

For the time being, the device will only be available in small numbers and can only be bought by invitation.

Development of the robot

As part of the presentation, Amazon not only talked about Astro’s capabilities but also about the challenges in development.