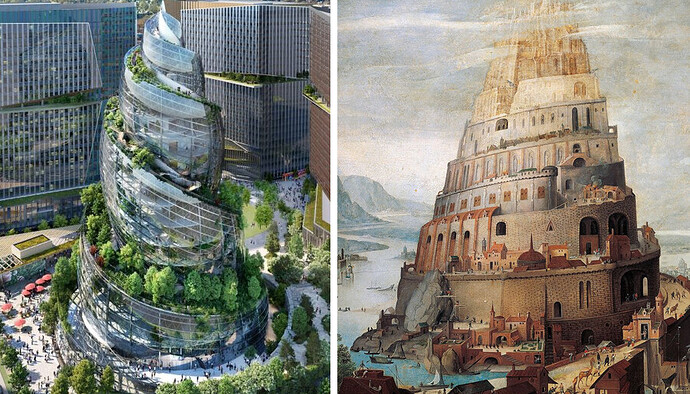 Last week Amazon’s unveiling of plans for a “Helix” tower as part of their HQ2 drew nationwide attention.

The company said the structure, which will form part of their PenPlace site, will feature more than 2.5 acres of open spaces, an amphitheater, retail shops, and restaurants throughout, as well as a 1,500 person meeting space, among other features.

Amazon’s HQ2 almost looks like the modern version of the biblical Tower of Babel.

In a blog post, Amazon said “we’ve designed a workspace for our employees that will prioritise areas for collaboration, natural light, and a constant interaction with nature. The design promotes wellbeing and physical exercise, agency (the ability for employees to choose when, how, and where to work), and a strong connection with the local community.

It continued: “We believe that campuses should be neighbourhoods that bring people together and not isolated, employee-only spaces that ignore their surroundings.”