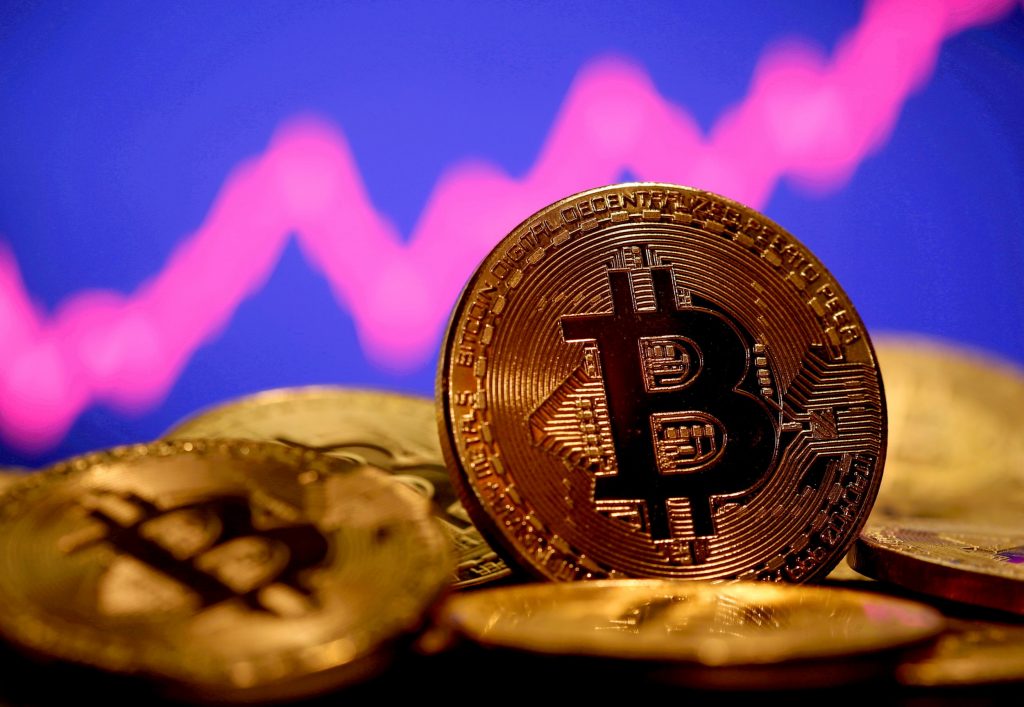 FILE PHOTO: A representation of virtual currency Bitcoin is seen in front of a stock graph in this illustration taken January 8, 2021. REUTERS/Dado Ruvic/File Photo

Prices of Bitcoin and other cryptocurrencies have soared following the apparent accidental release of a U.S. Treasury statement on Biden’s expected executive order on digital assets.

The premature statement by Treasury Secretary Yellen, which was dated March 9, has since been removed.

“President Biden’s historic executive order calls for a coordinated and comprehensive approach to digital asset policy.  This approach will support responsible innovation that could result in substantial benefits for the nation, consumers, and businesses.

It will also address risks related to illicit finance, protecting consumers and investors, and preventing threats to the financial system and broader economy.”

Quote from the now deleted statement

At the time of writing, Bitcoin is up nearly 8% in the last 24 hours. A Treasury spokesperson declined to comment, the Fortune magazine reported.

Biden’s executive order aims to regulate the crypto market while also reaping the benefits of digital currencies. So far, like most countries in the world, the US has tended to react to developments and has limited itself to pointing to a political-economic approach that is yet to be developed.