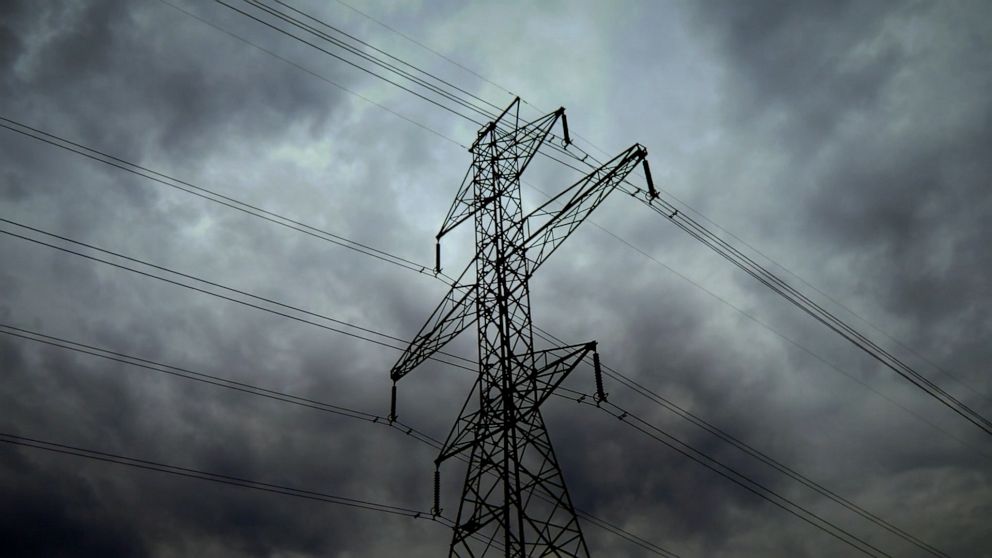 The US investment bank Goldman Sachs warns in a current report of possible large-scale power outages in Europe in the coming winter. Concerns about supply bottlenecks in the electricity and gas sectors, a prediction that was relegated to the realm of conspiracy theories only a short time ago, are growing.

Those responsible in the European Union are still looking gleefully at Great Britain, where massively increased gas prices have forced a number of energy providers to give up because they cannot pass on the purchase prices, which have skyrocketed by up to 70% due to a statutory gas price cap.

The British Minister for Economic Affairs is already preparing consumers for serious problems, admitting in no uncertain terms that hundreds of thousands of families are facing a difficult winter.

The energy price jumps are also having an impact on the rest of Europe: Inflation is galloping. At the same time, the self-proclaimed “climate saviors” are acting like fire accelerators. The explosive mixture of drastic tax increases and rapidly rising prices will painfully affect those who thought they were only spending a few euros more on the climate. It will be a few hundred, at least.

In the UK, meanwhile, there are other worries as well: 100,000 missing truck drivers are holding up supplies to gas stations and grocery stores. The problem is homemade because a Covid warning app was used for weeks to pull millions of people out of work, only some of whom returned to their jobs.

In addition, the rigid practice of granting visas after Brexit drove a large number of foreign workers out of the country. Whether the turnaround announced by Prime Minister Johnson will take effect quickly enough, no one knows.

As if that were not enough, it is not only the British who fear that they will literally run out of electricity in view of rising numbers of electric vehicles. The German government seems to see this danger for Germany as well. At the beginning of the year, it prepared a bill on “peak smoothing” but did not dare to introduce it in the Bundestag. The euphonious term refers to exactly what the British intend to codify next year: anyone who wants to “refuel” their e-mobile at a charging station at home will be left out in the cold at peak times.

From May 2022, private charging stations in the United Kingdom will be cut off for nine hours a day from Monday to Friday. The great fear of the collapse of the power grids is by no means unfounded, as there was a near blackout on the continent just a few months ago. In addition, industrial plants have to be taken off the grid time and again to avoid power shortages.

Pretty soon, looming blackouts around the clock will confront us with the question of what we want to use our electricity quota for

The expansion of so-called renewable energies has made the European supply vulnerable and exposed the life lie of politics. If the self-imposed targets for electromobility were even close to being achieved, there would already be insufficient capacity available.

In view of the decision to abandon the internal combustion engine, the UK alone will need the additional electricity equivalent of six nuclear power plants by 2050.

The situation in Germany is no better. Regardless of the outcome of the Bundestag elections, we can already look forward to drastic measures. Where sufficient electricity will come from in the future is anyone’s guess. The network operators of several EU countries issued warnings at the beginning of the year. Now more and more governments seem to be heeding the call, and if the German parliamentary elections had not intervened, Germany would once again have played the inglorious role of pioneer.

Europe is facing an uncertain future. It is becoming increasingly dependent on partners who have only a limited interest in a prosperous continent. The “energy turnaround” is unleashing its full force, and soon memories of Corona restrictions will fade as looming round-the-clock blackouts confront us with the question of what we want to use our electricity quota for.

The expected pressure from companies on policymakers could correct some aberrations. However, this does not mean relief. Rebuilding a reliable energy supply will cost many times more than we currently have to pay for the ideological gimmicks of “do-gooders” who are accustomed to prosperity.