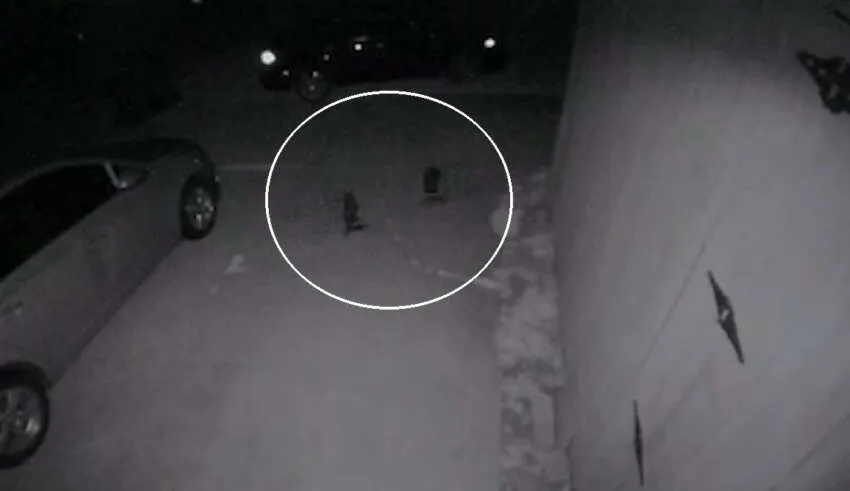 Creepy video footage of a home security camera (CCTV) that has been going viral on social networks appears to show a pair of tiny humanoid creatures at the entrance of a home in Texas.

The strange video was recorded on the exterior of a private residence in Dallas late last month and was posted on Reddit 274 this week by the bewildered owner hoping someone could find an explanation.

The tiny ‘visitors’ can be seen apparently walking on two legs at the end of the entrance before disappearing behind a parked car.

But hey, don’t take my word for granted… here is the mysterious video:

Share. Twitter Facebook Telegram WhatsApp Email
Previous ArticleMystery Solved! This Is How The Pyramids Of Egypt Were Built
Next Article The Genes Of This Tribe Carry A DNA Of A Third Unknown Human Species