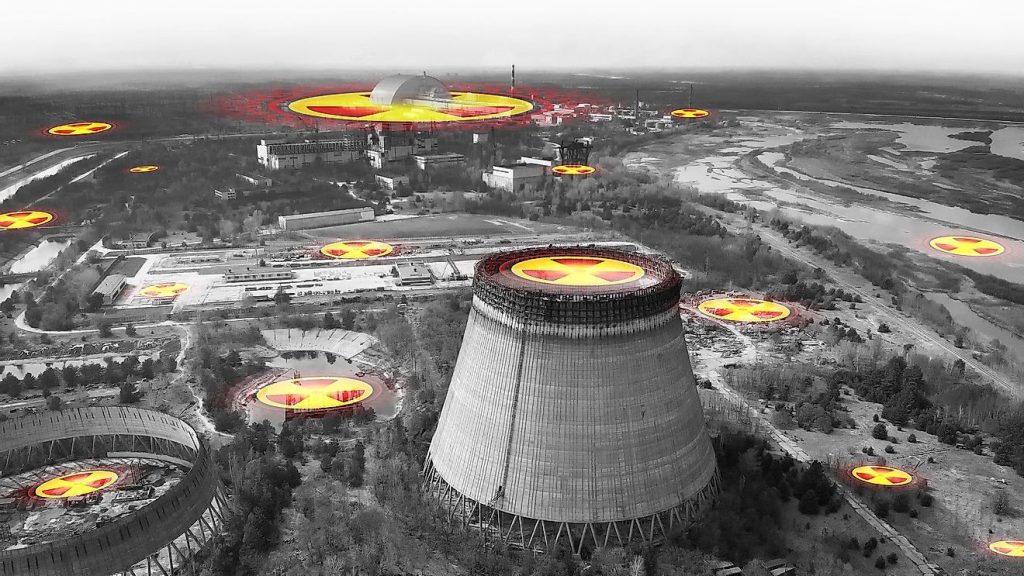 The Chernobyl nuclear site has lost power, according to the Ukrainian nuclear energy company Energoatom. IAEA sees “no critical impact on safety.”

Thus, the Chornobyl power plant and all nuclear facilities of the Alienation Zone were left without electricity supply.

Nearly 20,000 spent fuel assemblies are stored at the spent nuclear fuel storage facility-1. They require constant cooling. This is possible only if there is electricity supply. But if there is not, the pumps will not perform the cooling. As a result, the temperature in the vitrification pools will increase, steam will appear and radioactive substances will be released into the water. In the wind, the radioactive glare can be transferred to other regions of Ukraine, Belarus, Russia and Europe.

In addition, the ventilation at the facility does not work. All personnel staying there receive a dangerous dose of radiation.

Also, the fire extinguishing system does not work, and there is a great risk of fire as a result of a projectile.

At the moment combat operations are ongoing, which makes it impossible to carry out repairs and renew the power supply.

The city of Slavutich was also destroyed.

Ukrainian Foreign Minister Dmytro Kuleba calls for an immediate ceasefire so that repair crews can fix the power line and restore electricity.

NetBlocks confirms a network outage at Chernobyl NPP in connection with the power blackout.

Ukraine has informed IAEA of power loss at Chernobyl. In this case, the IAEA sees “no critical impact on safety” as “the heat load of the spent fuel storage pool and volume of cooling water at the site is sufficient for effective heat removal without the need for electrical supply.”

Yesterday, the IAEA reported that it was increasingly concerned about conditions at the site. 210 workers have now gone 14 days without being rotated. Furthermore, the IAEA said it has lost remote radiation monitoring data.

More than 20,000 highly radioactive fuel assemblies that were removed from the undamaged reactors in Chernobyl were slowly being transferred from a facility where they have been stored underwater to a long-term dry-storage site that opened in late 2020, according to the New York Times.