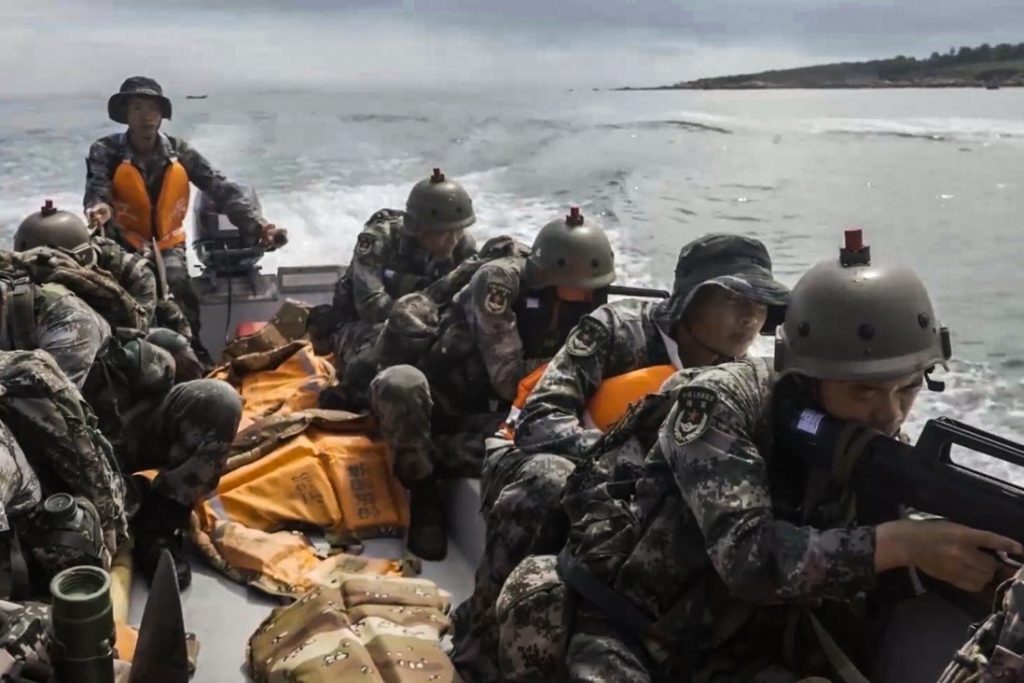 The People’s Liberation Army’s press, PLA Daily, recently posted a video on Weibo showing soldiers practicing storming a beach. The video shows how the soldiers land in small boats on a beach, breach barbed wire, and other obstacles, dig trenches in a sandbar, and practice fighting in a forest.

According to the PLA Daily, the exercises were held at a practice site in Fujian Province, on the Taiwan Strait of mainland China. Fujian is just 180 kilometers from Taiwan, an island that China considers part of its territory. The territory is ruled by nationalists who retreated there after being defeated in the civil war against the communists in 1949.