China is building mysterious reactors – and no one knows why 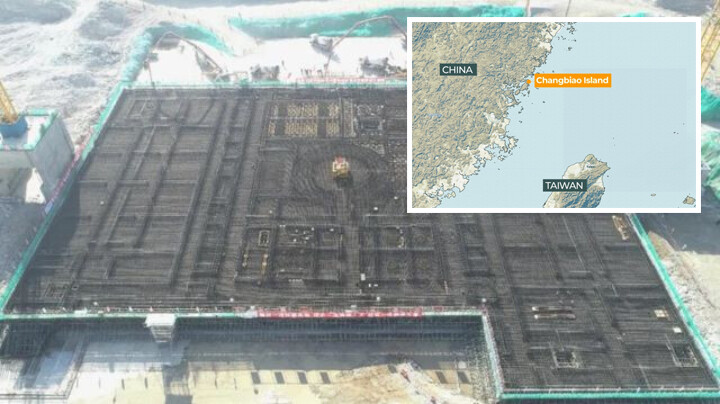 Two new nuclear reactors could ensure that more weapons-grade plutonium is produced in China as early as 2023. Scientists around the world are concerned.

The small Chinese island of Changbiao in the province of Fujian is currently attracting international attention. Two nuclear reactors are being built there, which could, among other things, be used to massively expand China’s nuclear weapons arsenal.

Researchers around the world are nervous that nothing is known about the exact purpose of the so-called breeder reactors outside the People’s Republic. For a few years now, the country has been keeping information about its own plutonium stock secret.

The first of the two nuclear reactors are scheduled to go online in 2023, and the second is scheduled to follow in 2026. What researchers are concerned about is the processing of weapons-grade plutonium, which is supposed to be part of the operation. That could have an impact on future generations of China’s nuclear weapons.

The two nuclear reactors are types of the China Fast Reactor 600 (CFR-600) category, which serve as “breeders”, that is, produce more fuel than they consume through nuclear reactions. This is precisely what is problematic because most nuclear reactors aim to use as much of their fuel as possible and not to produce more. Especially when they produce plutonium, which can be easily converted into nuclear weapons, writes 7 Popular Mechanics.

No information on use for China’s nuclear weapons

As Al Jazeera reports 18, nobody outside of China currently knows whether the plutonium produced in the nuclear reactors being built on Changbiao will serve a purely civil or military use. While on the one hand it could bring the country closer to its carbon-neutral goals for 2060 and meet its own energy needs, a large number of nuclear warheads could be produced very quickly at the same time.

The mystery of the new nuclear reactors and their potential for China’s nuclear weapons arose primarily from the stop of the annual, voluntary information on the inventory of civil plutonium to the International Atomic Energy Agency [IAEA] in 2017. The new breeder reactors have also been up to this day Al Jazeera continues to report.

Expansion of China’s nuclear weapons would be enormous

According to experts like Frank von Hippel, nuclear research physicist, and co-founder of Princeton University’s science and global security program, it is this lack of transparency that is of increasing international concern: “This is where it is now unique,” explains the to the silence of Chian regarding the plutonium. He was concerned that it could serve a dual purpose.

That this cannot be ruled out also shows that such breeder reactors are significantly more expensive than other reactors when it comes to generating energy from nuclear power: “In reality, it is cheaper not to recycle the fuel than to recycle it. A single fuel cycle low-enriched uranium is a more economical approach, “said Nickolas Roth, director of the Nuclear Security Program at the think tank Stimson Center in Washington, DC

China’s arsenal is currently believed to contain between 300 and 350 nuclear warheads. With the newly generated plutonium, this amount could see an enormous increase. Estimates assume 1,270 additional nuclear warheads through the program by 2030, as stated in a report prepared by Hippel, among others ( PDF 21 ).