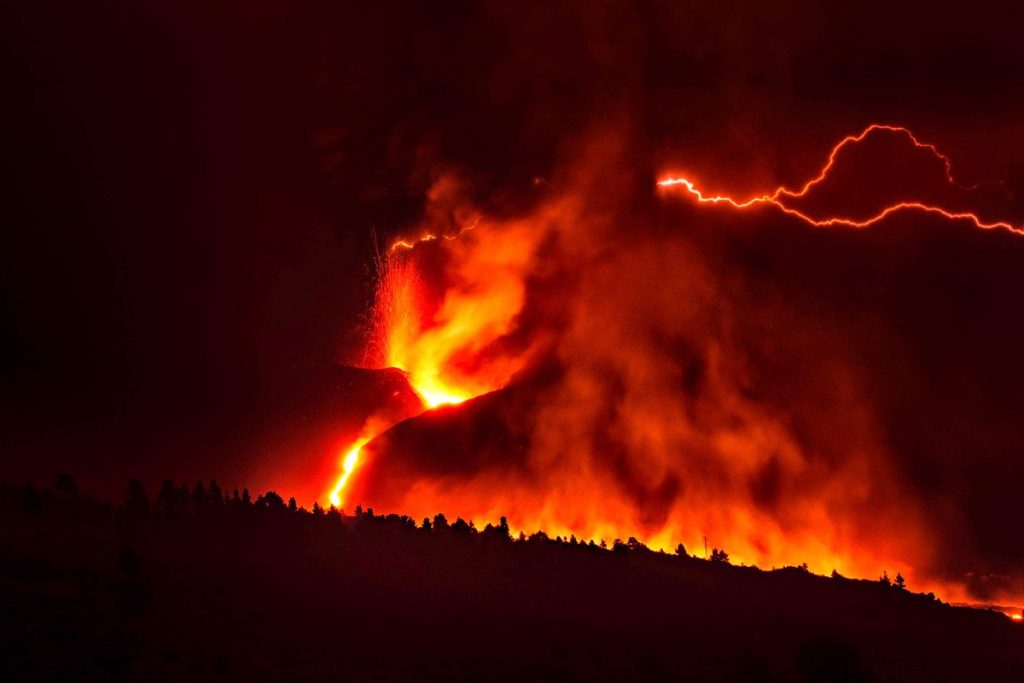 The temporary lockdown on the volcanic island of La Palma was lifted for around 3,000 people on Tuesday. No harmful gases could be detected. The affected residents are allowed to leave their homes again. These were feared the day before, when lava with a temperature of up to 1,200 degrees had set fire to several companies in the Callejon de la Gata industrial park, including a cement plant, the authorities said.

The volcano in Cumbre Vieja, which has no official name, erupted on September 19 for the first time in 50 years. The outbreak had become more violent in the past few days. Again and again, there were strong explosions, magma was hurled into the air, smoke rose up to a height of several kilometers. So far, up to 1,000 buildings have been destroyed and great damage has been done to agriculture and infrastructure. Around 6,000 people had to leave their homes.

The mainstream of the lava, which is up to 1,200 degrees Celsius, has been pouring into the Atlantic for almost two weeks, creating a new headland there. In the meantime, two tributaries formed, the northern one rolled through the industrial park with a destructive effect, the southern one was only 300 meters away from the coast. Many small to medium-sized earthquakes also shook Canary Island off the west coast of Africa. Since Monday morning there have been around 120 with strengths of up to 4.1, as reported by the state TV broadcaster RTVE.