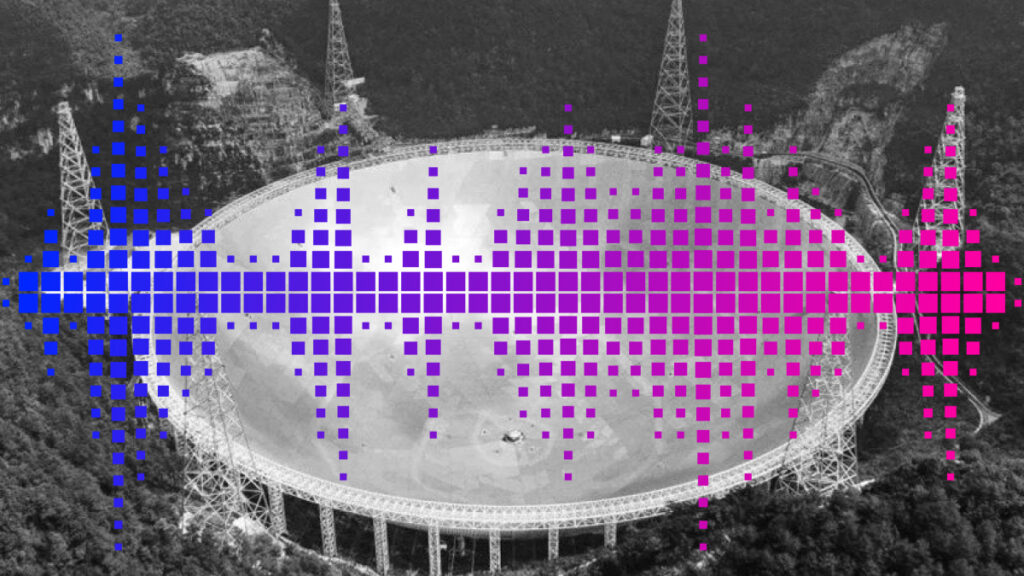 Unusual signals from space have been detected by scientists. However, an official publication’s report on it was removed.

According to Science and Technology Daily, a publication of the Chinese Ministry of Science and Technology, Zhang Tonjie’s team used the Five-hundred-Meter Aperture Spherical Radio Telescope (Fast) to detect narrowband electromagnetic signals that differed from previously recorded signals.

The signal was discovered in data from exoplanet observations by the team. Zhang told the ministry publication that it could be an indication of an extraterrestrial civilization. However, it is possible that it is simply electromagnetic interference. This needs to be looked into further. When analyzing data from the previous year in 2020, the team discovered two unusual signals.

Sky Eye is the largest radio telescope in the world

The Sky Eye telescope, which was completed in 2016, is the world’s largest radio telescope. Its 520-meter-diameter bowl was constructed in a hollow near Pingtang in the mountainous province of Guizhou in southern China.

Southern China’s radio telescope records electromagnetic signals from space, including pulsars. It is also used to look for signals from alien civilizations.

Zhang is the leader of a team that specializes in the discovery of extraterrestrial civilizations. The Chinese Academy of Sciences’ National Astronomical Observatory, Peking Normal University, and the University of California, Berkeley are all involved.