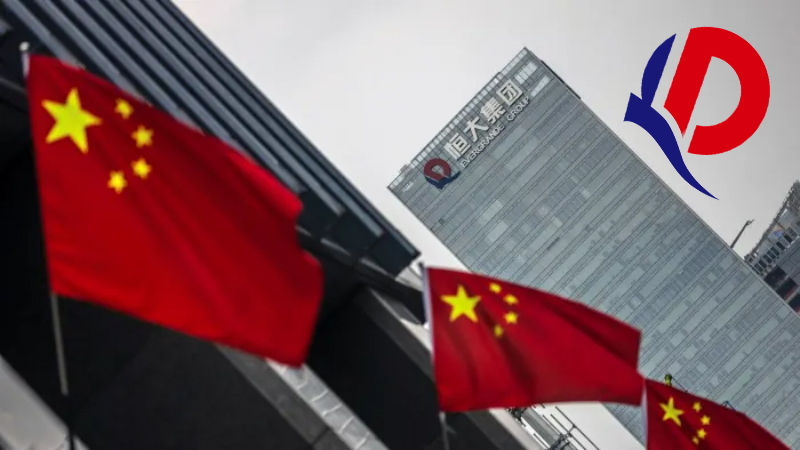 The Chinese real estate company Evergrande is shaking. The mountain of debt is gigantic and due dates can no longer be fully serviced. Observers expect the Chinese government to break it up. The trading of the Evergrand stock has been halted in Hong Kong.

“Trading in the shares (stock code: 03333) of China Evergrande Group (the Company’) will be halted at 9:00 a.m. today (4/10/2021). Accordingly, all structured products relating to the Company will also be halted from trading at the same time.”

The heavily indebted Chinese real estate company Evergrande suspended trading in its shares on the Hong Kong Stock Exchange at the beginning of the week without giving any reason.

“Trading in the shares of China Evergrande Group will be halted,” said a statement released by the company to the stock exchange. Evergrande has accumulated a mountain of debt of around 260 billion euros through an aggressive expansion financed on credit over the past few years.

The group’s share price has fallen by around 80 percent since the beginning of the year. Just last week, the company said it would sell a $1.5 billion stake in a regional Chinese bank to raise much-needed capital. The company is currently neither in a position to fully service its due dates nor to hand over finished apartments to the buyers.

Beijing has so far not commented on the real estate developer’s difficulties. Experts speculate that the government could order a breakup. Bankruptcy could have dramatic consequences for the Chinese banking and real estate sectors, as well as affecting the Chinese and ultimately the global economy.

Evergrande wants to sell the majority of its property manager for the equivalent of 4.4 billion euros to its competitor Hopson, in which the Chinese state has a stake, according to a media report. Apparently, Evergrande is still trying to pay its bills. In the past few days, the company had let the deadline for several million dollar interest payments on dollar bonds pass. An additional $162 million will be due on similar bonds in the coming weeks.