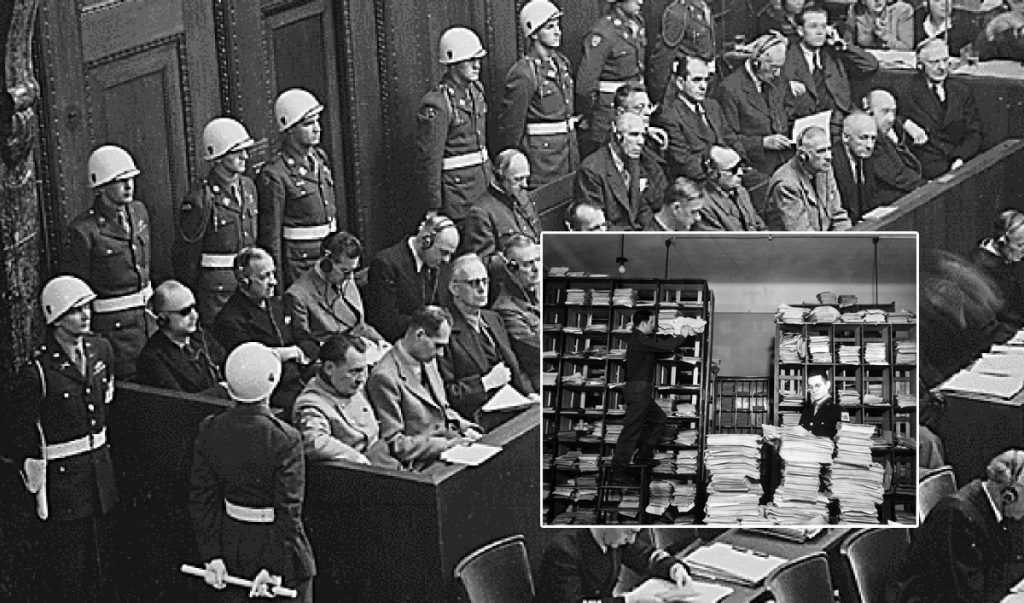 On the 75th anniversary of the Nuremberg trial of the major war criminals of World War II, Stanford University digitized the historical files of this trial and made them publicly available online, Heise reports.

The documents were provided by the International Court of Justice in The Hague. The United States Holocaust Memorial Museum in Washington has digitized the documents. Stanford University made the files searchable using text recognition and divided them into types of documents such as charges, closing arguments, pardon, and witness lists.

Over 5000 files are now online

It took around 20 years to digitize 5,215 files: A total of about 270,000 individual pages or 50 terabytes of data. About two-thirds of the files are in German. The archive also contains restored audio recordings from Nuremberg that are 75 years old.

The collection can be viewed under the name “Taube Archive of the International Military Tribunal (IMT) at Nuremberg (1945-1946)“. Files such as the closing argument by Wilhelm Keitel, Field Marshal General of the High Command of the Wehrmacht, can now be viewed online without registration.

“We need to harness today’s technological capabilities to reach a much broader and a global audience.”

David Cohen, professor and director of the Chair of Human Rights and International Justice at Stanford

In addition to the trial files, the research group plans to add another 1,000 hours of audio and six hours of film material. They contain recordings of the legal proceedings against the 24 main defendants. These recordings should follow in mid-2022.

For the first time in history, the entire government of a country was charged and had to answer on the basis of its own documentation. Between 1945 and 1949 further trials took place before the International Military Court, twelve so-called Nuremberg follow-up trials, including against doctors, the Flick Group, IG Farben, generals from Southeast Europe, and the Wehrmacht High Command. The files of the follow-up processes are not yet included in the archive but are to be digitized in cooperation with the University of Erlangen-Nuremberg and also put online.