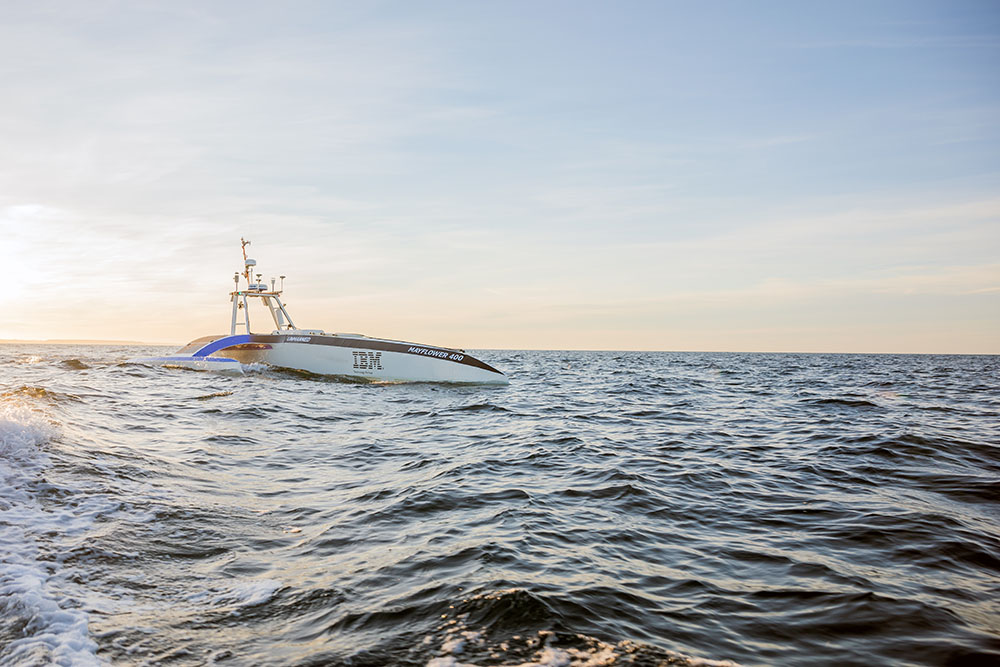 The fully autonomous trimaran Mayflower 400 (Mayflower Autonomous Ship – MAS) made the Atlantic crossing on Sunday after 40 days and a series of breakdowns. With the arrival in the port of Halifax in the eastern Canadian province of Nova Scotia (Nova Scotia), the 3500 miles long mission of the autonomous ship has now been completed successfully.

The first attempt started in June 2021. The ship was supposed to cross the Atlantic from Plymouth (UK) and arrive in Washington DC. But the journey of the unmanned boat, which was only controlled by an AI, had to be aborted after only three days due to “minor mechanical problems”.

MAS returned to the UK. The diesel engine, which serves as a backup for the actually electric drive with energy from solar panels, had a problem. The 15-meter-long joint project by IBM and the Austrian association for the promotion of marine research Promare could not set sail again until the end of April 2022.

This attempt also ended with a defect. This time it was a problem with the generator that temporarily disabled the ship. So while the AI, ​​developed by IBM, to automatically control the Mayflower 400 worked, a mechanical problem was again the cause. After all, the Mayflower was able to get about half the way before it had to be towed to the Azores and repaired.

The next attempt did not go smoothly either. At the end of May, another generator problem befell the Mayflower. This time it was a problem with the charging circuit of the starter batteries. The “AI Captain” and the systems connected to it continued to function correctly. Nevertheless, the project team decided to switch to the backup navigation PC. The boat was supposed to go to Halifax independently, which it did. On June 5, 2022, the Mayflower docked in the Canadian port. Until then, according to the project team, the systems were “stressed” to further check their functionality.

No crew but “AI Captain” on board

The Mayflower 400 is a 15-meter boat powered by two 20kW electric motors. The diesel engine, which is also on board, serves as an emergency drive. The boat draws its energy from 15 solar panels. They deliver a maximum of 2.5 kW electrical power. With the electric drive, the MAS can reach speeds of four to five knots. This corresponds to around 7.4 to 9.3 km/h. When sailing with a sail fin, MAS can reach about 10 knots.

The boat is controlled by an AI that runs largely locally on the ship. All data processing takes place on board. A computer-optimized AI software handles arithmetic tasks. IBM intended to show the technical possibilities of Edge Computing.

“MAS represents what is possible when you harness the power of data (and continuous autonomous data collection),” IBM wrote after completing the mission.