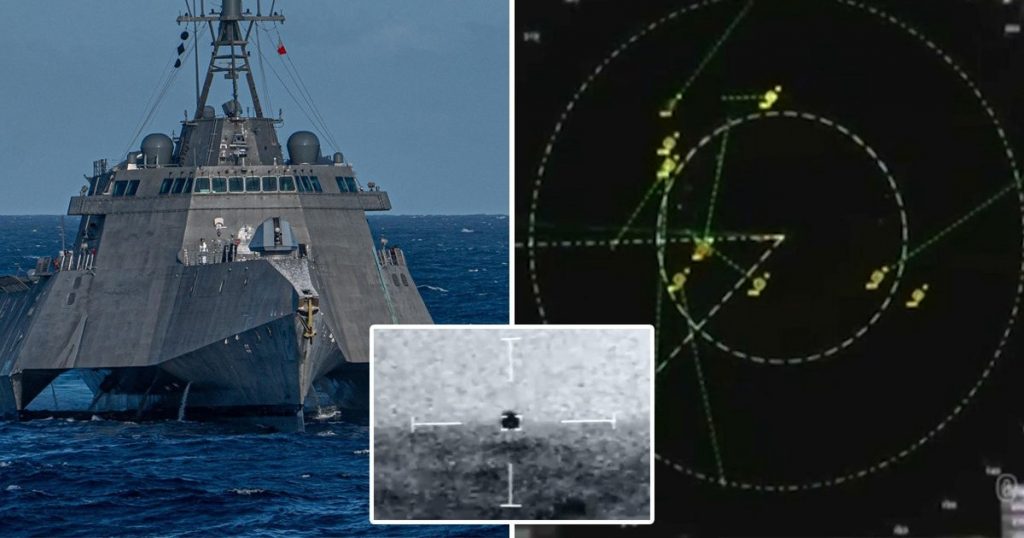 A US Navy destroyer has supposedly taken incredible footage.

A video shows several pyramid-shaped UFOs swarming above the ship at night. The leaked video was just recently shared on social media websites.

Filmmaker Jeremy Corbell was anonymously sent the baffling video from July 2019 as well as detailed information on an alleged intelligence briefing conducted by the Pentagon into Unidentified Aerial Phenomena (UAP).

The Pentagon has now confirmed to The Black Vault via e-mail, that the photos and videos leaked this week, all were taken by Navy personnel.

“I can confirm that the referenced photos and videos were taken by Navy personnel. The UAPTF has included these incidents in their ongoing examinations,” said Susan Gough, Pentagon Spokesperson.

“As we have said before, to maintain operations security and to avoid disclosing information that may be useful to potential adversaries, DOD does not discuss publicly the details of either the observations or the examinations of reported incursions into our training ranges or designated airspace, including those incursions initially designated as UAP.”

This incident appears to tally up with a previous story published by The Drive 534 of multiple destroyers being swarmed by “mysterious drones” off California.

Share. Twitter Facebook Telegram WhatsApp Email
Previous ArticleUK scientists: “Resurgence in hospitalizations dominated by those that have received two doses of the vaccine.”
Next Article Stratovolcano Sakurajima in Japan has erupted