Merck says it has developed a pill to treat Covid 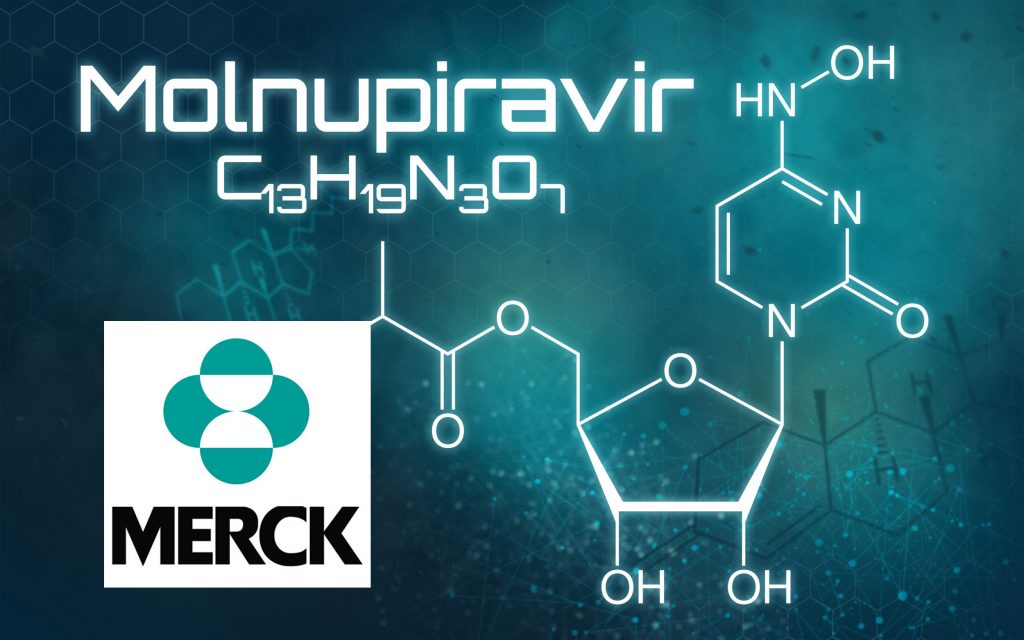 The drug manufacturer Merck wants to apply for emergency approval for an antiviral pill against Covid, the company announced.

A clinical study showed that the drug Molnupiravir reduced the risk of hospitalization or death by half when administered to patients at an early stage of their infection.

The study tracked 775 adults with mild-to-moderate Covid who were considered at higher risk for severe disease due to health problems such as obesity, diabetes, or heart disease. For those who received the drug, the risks compared to placebo recipients decreased by 50 percent, Merck said. 8 patients who received the placebo died.

The small brown capsules must be taken twice a day for five days, according to the announcement.

Lab and animal experiments suggest the pill may be effective against known variants, including delta. Unlike vaccines or antibodies that target proteins on the surface of the virus, Molnupiravir works by introducing nonsense mutations & garbling the coronavirus’s genetic code.

The results were released by the company and have not been peer-reviewed. Merck said it plans to present them at a future medical meeting.

If cleared, Merck’s drug would be the first pill shown to treat Covid, a potentially major advance in efforts to fight the pandemic. All other therapies now authorized in the U.S. require an IV or injection.

“I think it can save thousands of lives around the world, especially where access to monoclonal antibodies is poor,” said Robert Shafer, an infectious disease specialist and antiviral therapy expert at Stanford University.

Merck has licensed its drug to 5 Indian generic drug makers to speed up availability in low- and middle-income countries.

Merck’s announcement received a lot of international attention. Numerous scientists welcomed the news, but at the same time warned against excessive or even false expectations.