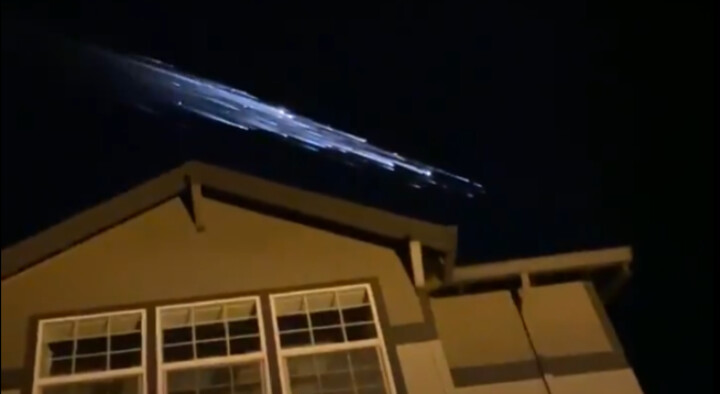 Many people in Oregon were left stunned Thursday night as they spotted what looked like a large meteor breaking apart in the sky.

While it hasn’t been confirmed what the object was, the National Weather Service believes it might be debris from a rocket.

Reports from people seeing the object came in from everywhere in the Northwest and at least as far north as Seattle.

Share. Twitter Facebook Telegram WhatsApp Email
Previous ArticleUS has “secret evidence” of UFOs breaking the sound barrier without a sonic boom
Next Article UK scientists: “Resurgence in hospitalizations dominated by those that have received two doses of the vaccine.”