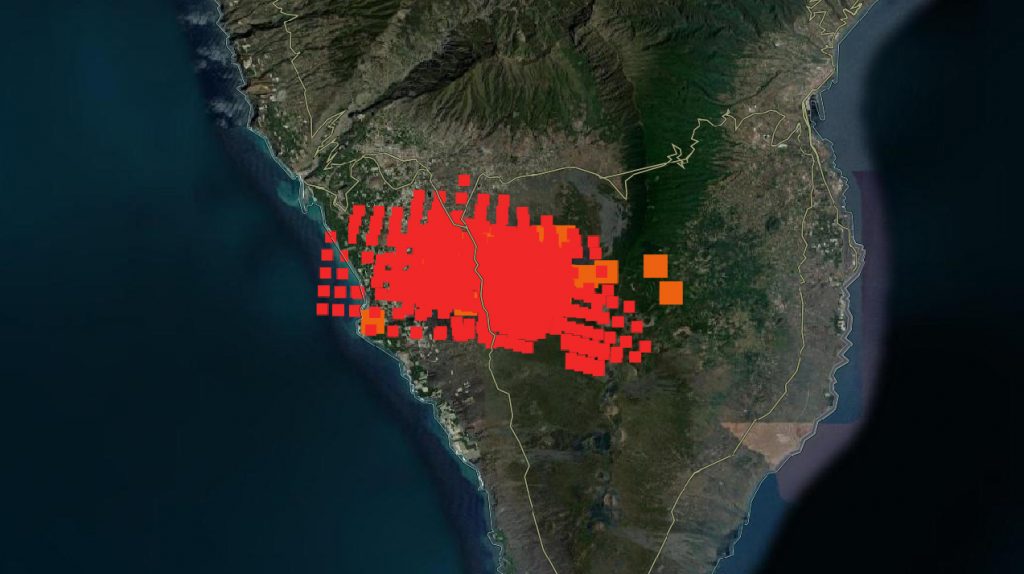 It’s not clear how many of these hotspots are lava, wildfire, or something else.

Interestingly and strangely at the same time, NASA shows some hotspots in the ocean.

In addition, more earthquakes hit La Palma today and the magma has raised to earth’s ground by 8 inches, a local reported.