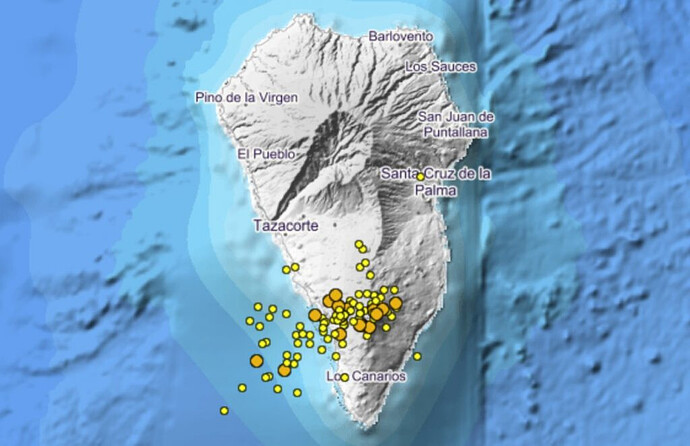 The National Geographic Institute has updated the data of the new seismic swarm of La Palma and reports that up to 7:38 UTC, December 26, and since the beginning of the seismic series on the 23rd, a total of 602 earthquakes have occurred.

The energy released in the form of earthquakes in the present series has reached an energy of 6 × 109 Joules.

The recent quakes, if they are volcanic in origin (which is not necessarily the case), might reflect a deep intrusion of magma in a lower storage area beneath the crust.

This seismic swarm is a sign of unrest. And such an increased activity is alarming to scientists as everybody knows that the collapse of this volcanic peak could lead to a disaster in Europe and along Northern America’s eastern coastline.

The video below explains how and why: