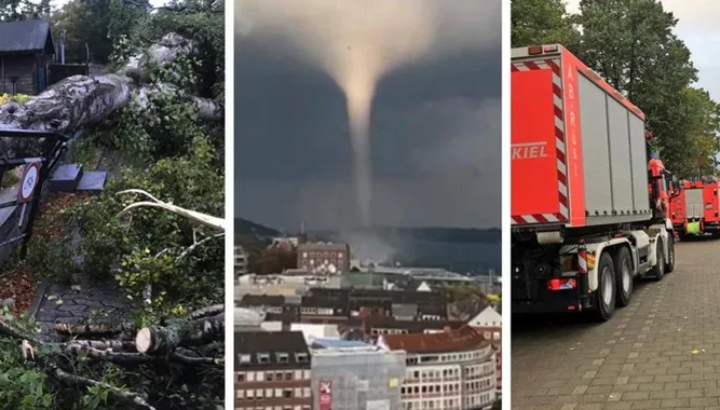 Several were injured after a rare tornado hits Kiel in Germany on Wednesday evening. Major deployment of police and fire department.

Several rowers were busy with their boats at the jetty near the Kiel Yacht Club when the tornado caught them and hurled them into the water.

According to the fire department, all could be rescued, but three of them were seriously injured and three slightly. According to the police, the whirlwind moved further towards the eastern shore.

Previously, the tornado had partially crushed a roof in Kiel-Meimersdorf. According to police, it could not yet be conclusively clarified whether there was one or even two tornados.

In the meantime, the large-scale operation of the police, fire department, and rescue service has ended.