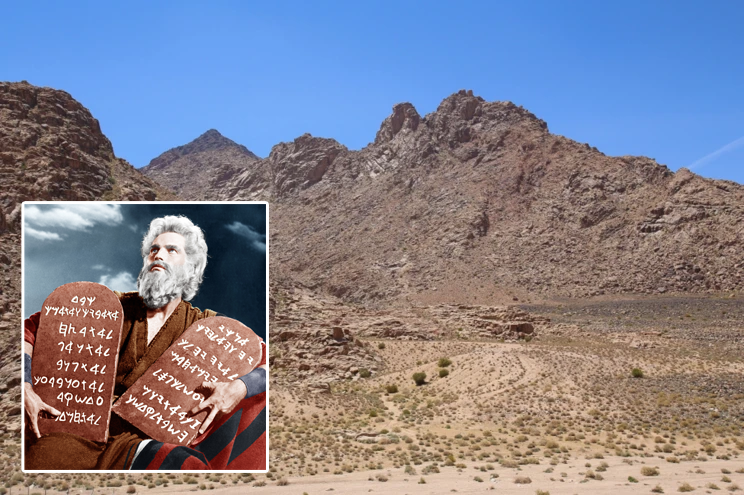 Archaeologists have reportedly found “Mount Sinai,” from which God gave Moses the Ten Commandments: the Jabal Maqla mountain within the Jabal al-Lawz Mountains in Saudi Arabia.

Researchers from the biblical archaeological organization The Doubting Thomas Research Foundation have now found the peak where Moses received the Ten Commandments. Moses led the Israelites to Mount Sinai according to the book of Exodus in the Bible. It was surrounded by fire and smoke. The prophet then climbed the mountain, where he “met with God” to receive the Ten Commandments.

Mount Sinai is, therefore, one of the most important holy places of the Jewish, Christian, and Islamic religions. A mountain range in Egypt was considered the location of the holy mountain for many years.

The researchers were able to identify the Jabal Maqla, a peak within the Jabal al-Lawz Mountains in Saudi Arabia, as Mount Sinai. The mountain, with its distinctly blackened top, would suggest that this is the place where Moses received the Ten Commandments.

There is a towering, split rock on the way to the presumed Mount Sinai. There are signs of massive water erosion on this – albeit in an area where there is very little rain.

Certain scholars claim the Exodus is a myth because no evidence at the traditional Mount Sinai in Egypt’s Sinai Peninsula, but what if they were looking in the wrong spot?

Mauro also told The Sun that “water gushed out of this rock and miraculously supplies the Israeli people.”

But there is other evidence as well. There is said to be a place of worship of a golden calf and there are also signs of a cemetery at the top of the mountain. A chapter in the book of Exodus says that a golden calf was worshiped while Moses went up Mount Sinai. When Moses returned from the mountain, the worshipers of the golden calf were killed for their idolatry.