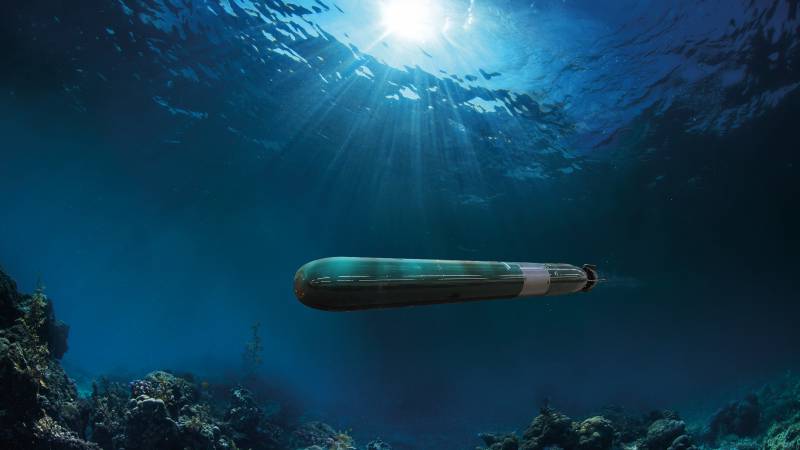 Meet the Poseidon, the Kremlin’s new horror weapon: The threat to use the new type of nuclear torpedo in the Ukraine war and to cause “500 meter high tsunamis” in the Atlantic caused fear among many Europeans.

Recently, the Kremlin threatened the use of the “Satan 2” nuclear missiles. Now, a Russian state TV channel contemplated the use of nuclear torpedoes. These torpedoes, dubbed Poseidon, could shift the balance of power in Russia’s favor, according to Western military experts. These nuclear-powered giant torpedoes are launched from Russian “Khabarovsk”-class submarines.

The Russian Poseidon torpedoes are basically underwater drones. They have a length of 24 meters and a diameter of 1.6 meters, thus they are about 20 times larger than conventional torpedoes fired from submarines. They can travel over a distance of up to 6,200 kilometers underwater at a speed of more than 220 km/h.

The Poseidon torpedoes autonomously seek their target on a pre-programmed route. Once they reach their destination they detonate a nuclear warhead. The explosion then creates a shock wave up to 500 meters high and creates a mega-tsunami that can flood naval bases or coastal areas.

The flooded areas are uninhabitable for decades because the water is contaminated by radioactive particles from the explosion.

The 120-meter-long “Khabarovsk” submarines were developed under the project name “Project 08951”. They can transport up to six of the large Poseidon torpedoes and are powered by a nuclear reactor. The “Khabarovsk”-class is a new generation Russian submarine.

Share. Twitter Facebook Telegram WhatsApp Email
Previous ArticleUS military transmits power wirelessly over a mile
Next Article Scholz: “Fear must not paralyze us. Putin will not win the war.”