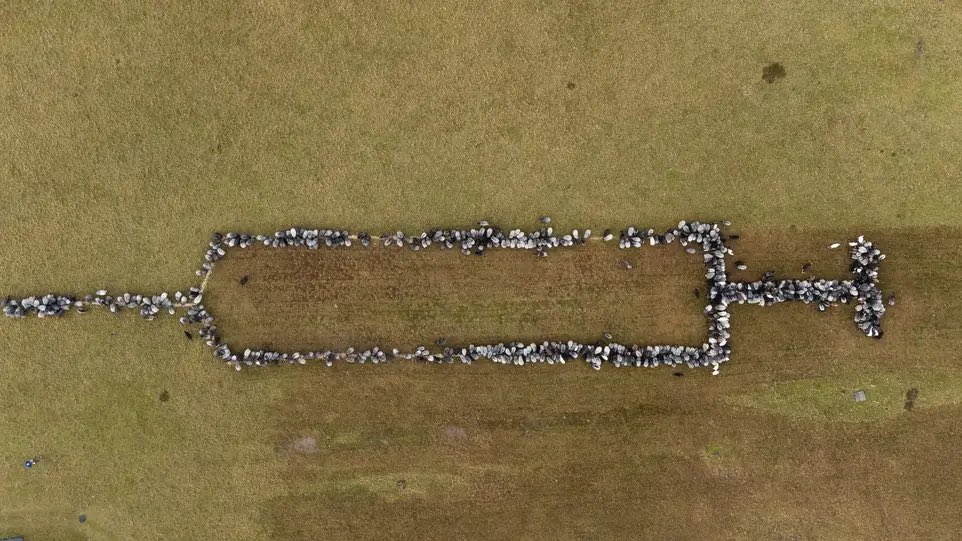 Shepherds in Schneverdingen (Lower Saxony, Germany) formed a syringe of about 100 meters in size with approximately 700 sheep and goats to “promote vaccination” against Covid.

“I was thinking about what contribution I can make to combating the pandemic,” said the organizer of the campaign, Hanspeter Etzold, in the Heidekreis. Etzold added the action was aimed at people “who are still hesitating to get vaccinated.”

“Sheep are such likeable animals — maybe they can get the message over better.”

Shepherd Wiebke Schmidt-Kochan spent several days practicing with her animals, news agency dpa reported. She dropped pieces of bread in the form of a syringe on the ground.

When the animals were left on the meadow, they immediately rushed to eat and formed the motif. A drone captured the moment from above.