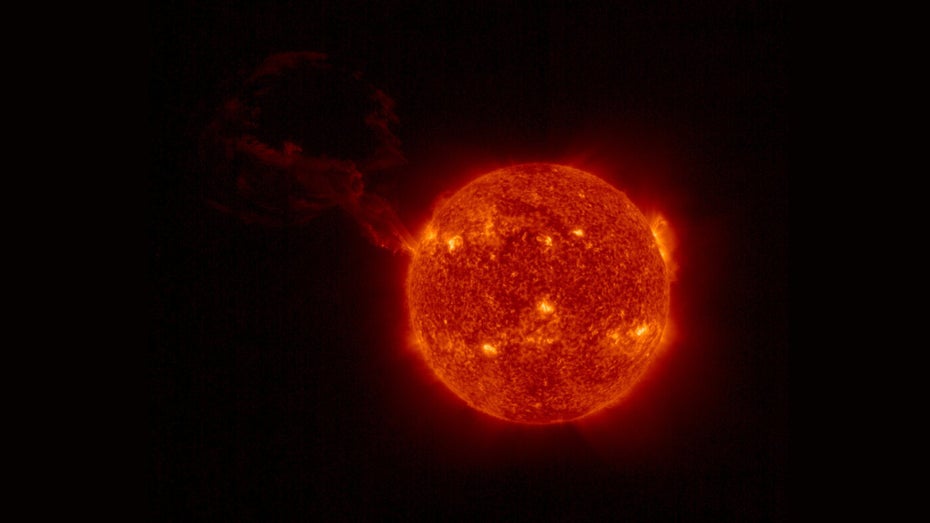 Spectacular images from the Solar Orbiter spacecraft show the largest eruption from a solar prominence ever observed. The eruption extended millions of kilometers into space.

The Solar Orbiter, jointly operated by the US space agency NASA and the European Space Agency ESA, was able to capture fascinating but also disturbing images. On February 15 there was a coronal mass ejection that was so powerful that it traveled millions of kilometers into space.

The giant coronal mass ejection took place on the far side of the Sun, thus not threatening Earth.