I am Officially A Prisoner In My Country!

Canada Will Require A Vaccine Passport to Enter the Country.

This Makes Me Officially A Prisoner In My Country…

…the cell is comprised by the borders of my nation.

Canadian Health Minister Patty Hajdu says her government supports the idea of a “vaccine passport” and will come up with a form of vaccine certification to allow vaccinated Canadians to travel internationally.

BEFORE READING ON I WOULD LIKE TO MAKE IT CLEAR THAT I HAVE NOT, NOR HAS ANYONE I KNOW BEEN ASKED IF THEY SUPPORT MAKING MYSELF A PRISONER OF MY OWN COUNTRY

About three in four (72%) Canadians agree that vaccine passports would be effective in making travel and large events safe, which is in line with the global average of 73%, and significantly more than in the United States, where 61% agree.

Her remarks were in step with those of Canadian Prime Minister Justin Trudeau, who, during a news conference last week, said that vaccination certifications were a part of international travel before Covid-19 and are “naturally to be expected when it comes to this pandemic and the coronavirus.”

As more people around the world become vaccinated and the summer travel season approaches, countries around the world are scrambling to get digital health certification programs in place. French President Emmanuel Macron recently told CBS’s “Face the Nation” that Americans who are vaccinated or able to show a negative Covid-19 test result may be able to travel to France as soon as this summer, thanks to the European Union’s plans for a digital green certificate.

Like the United States, Canada has been in talks with other countries about finding consensus on universally acceptable solutions. “I am meeting on a regular basis with my G7 counterparts and this is an ongoing conversation about how that might look and how we might be able to have some sort of standardized approach to this,” Hajdu told the CBC. 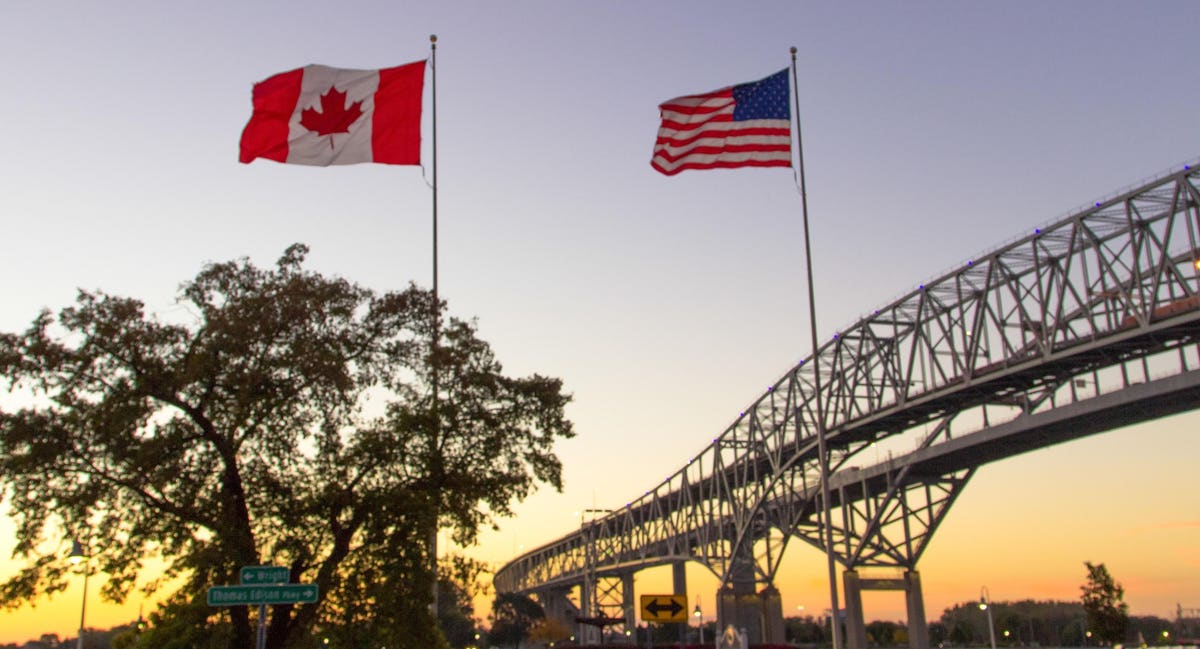 Canada Will Require Using A Vaccine Passport For Entry

Our neighbor to the north is preparing to jump on the vaccine-passport bandwagaon, joining a slew of countries that require digital health certification.

Like the government of the USA who forget about those who caught the virus and focus only on getting people shot up with vaccines.

I look forward to seeing How the Citizenry of Canadia will stand up and fight against this.

By the way, does that mean in order for me to come and visit you from the south, I have to be vaccinated too?

IPOS is heavily funded by the Bill and Melinda gates foundation and these polls are 100% bias. Has evidence i offer this for the UK IPOS MORI poll gathering org.

It not only means you can’t come here but I can’t come back in if I leave.

I do believe common sense will win in a court of law…eventually.

It’s a clear breach of the Nurenburg agreement,which was put in the prevent this kind of shit.

Unfortunately there may be too many sheep culled by that time however.

But the fact is we need to stand strong and hope that good wins this battle.

Should you make it down this way and require lodging/more. You always welcome at my abode Brother. May have to do dishes though.

Well apparently you’d have to keep me if I can’t get back in.

If I can ever get out, I won’t need to get back in. This place sucks.

We all are. Most countries are going to insist on vaccinations for vacationers.

Disgusting government over reach of power

So does this mean as a Canadian living in the States I can never come home??? If this is true then that sucks!!! I always planned to come back!!

With a low income you are in a prison !!

NO, a court of common sense does not will it ever exist…

Either way your are screwed… The USA is going the way of Canada,

This is just the appetizer. How angry will you be when you wont be able to buy or sell without the mark…

Imagine just how much money you would be able to make on the black market making and selling fake/counterfeit vaccine passports…lol.

That’s the one thing I’m relying on to see my family.

You will 100% be able to purchase one on dark web.

It’s a sad sad state of affairs that it will have to come to that.

meanwhile in wuhan,CHINA no passport needed…no 1 billion plus lockdown or even vaxed…
Music returns to ‘almost virus-free’ Wuhan, China