Texas Woman Say's, "They Are Trying To Kill Us!.."

Woman revealing what is happening in Texas NOW!!

Woman revealing what is happening in Texas NOW!!

Texas is definitely going to separate.

This post was flagged by the community and is temporarily hidden.

I got to get me some Texas property

they are discouraging folk from moving to Texas

cause Texas will succeed if they globalist keep ducking around

then ya’all need to kiss Texass

Total respect for this women, we now live in the separated states of AmeriJoe. We need to UNITE again and take OUR freedoms back.

Yeah…that woman talks about having kids…but she never says anything about the people who “get the electricity first”… like you know…a children’s ICU filled with hundreds of sick children who require machines that use electricity to stay alive…or the other thousands upon thousands of people in hospitals around Texas who require some form of machine to keep them alive or keep them from becoming sicker.

If you were in charge of distributing power to all of Texas during the winter storm and you didn’t have enough for all of Texas…how would you prioritize??

Personally I would start in these places first:

Then I would distribute to the rest of the areas as “rolling brown outs”, giving each area like 5-6 (or however much was left) hours of electricity before rolling to the next area. Areas with newer houses that have better insulation would brown out at night time while areas with much older housing (not as good insulation) would get power at night.

If you don’t have enough to go around…then how do you divide it up?

I appreciate your contribution and agree with many of your comments about priorities… However, the energy shortage should not have been such a big issue to begin with… At least, not in Texas… Wasn’t it the Trump Administration that finally made our country energy independent??.. Allowing for cheaper gas prices for our automobiles and homes??.. With the State Of Texas leading the way??.. With huge coal reserves, natural gas and other fuel oils??.. Who stopped the pipeline to undermine all the previous efforts made by President Trump??.. Who and what groups are pushing for, “The New Green Deal ??.”… Substituting our reliable and trusted sources for energy in favor of solar and wind technologies??.. Newer technologies that are not efficient and ineffective during a Statewide crisis… Solar power does not work very well on cloudy days without sunlight… Wind turbines do not produce very much electricity without a steady gust of wind… They certainly do not work when they are frozen solid and can not move at all… Until these or other technologies improve for our energy needs, we should rely more on trusted methods like Coal or Propane Gas … I have a hard time believing this Texas crisis was due to ignorance or incompetence… Which means, it was allowed to happen on purpose…

I agree, you cant phase out a technology without something to replace it that can suffice the energy need or improve on it to allow for more energy output and most of all make it cheaper. There is a difference between technology and innovation.

Of course…Human Race must be Eliminated Decimalization , the nrs for this is 90 milj.

First Round of the Agenda,in 2 years!!

And belive it or not…it’s already started couple years ago.

The matter War is Not sufficient,so watch out what you Eat drink and surroundings Radiation,(DNA and Seed disforming)

For all of uz who voted for Biden … where Is ur president now, u idiots… do u realize how bad u screwed the United States now???

No reason for this to be censored.

A Guide to the 2011 Texas Blackouts

February 2, 2011 was a dark day for many Texans. Extreme cold led to a spike in electricity use, and coal and natural gas plants and electric utility companies didn’t have the resources to maintain service. As a result, the state operated rolling...

A report found that after recommendations to winterize plants went unheeded after 1989, some of the same plants were again shut down by cold in 2011.

All hospitals have major backup generator systems that usually have another generator to backup the backup in case power goes out. These are not your run of the mill back yard generators either. You could probably supply a small town with the power output they provide. So hospitals will be fine in an emergency situation like this.

So…there are so many things that the “new media” isn’t doing a good job telling everyone about…it is kind of crazy! First off, Texas actually feeds electricity into the national grid on a regular basis:

California has taken bold action by shuttering its coal plants, planning to shut down the Diablo Canyon nuclear plant so it can increase its share of renewable energy, or that’s what the Greenies out there want to believe. In reality, the Golden...

However, something happened that most people aren’t talking about that much:

Tonight: A deep freeze sends Texas electricity prices soaring 10,000%; Citibank can't fix a $500 million oopsie; and vegan KitKats are now a thing. Let's get into it.

There was a direct order from the DOE to force only “Green Energy” to be used during the winter storm with a minimum cost per MWh (mega watt hour) of $1500!

Here is the new administration’s SOE’s (Secretary of Energy) order from the DOE:

**Note the date this was issued: February 14, 2021 (Sunday…when the Freeze was expected to be the worst)
The order basically says no matter what, pulling from the national grid will cost $1,500 per MWh (megawatt per hour)

The average cost of electricity per state (KWh – in kilowatt per hour):
https://www.eia.gov/electricity/monthly/epm_table_grapher.php?t=epmt_5_6_a

Look at any price, multiply by 1,000, and then you would get what a MWh would cost.

This means Texans would basically end up paying from hundreds of dollars more for their electricity usage during that time to upwards of well over $1,000 for the month of February!

So, to understand this properly… when California had power issues due to fires…they pulled from the national grid…of which a good % of that came from “non-green” energy and a chunk of that % came directly from Texas!

When California or New York have had issues in the past there was no immediate mandate made that pretty much made it a “non-option” for them to pull from the national grid.

The #1 reason why the power grid went down was because the WATER PUMP at the south Texas Nuclear power plant failed in the extreme weather. 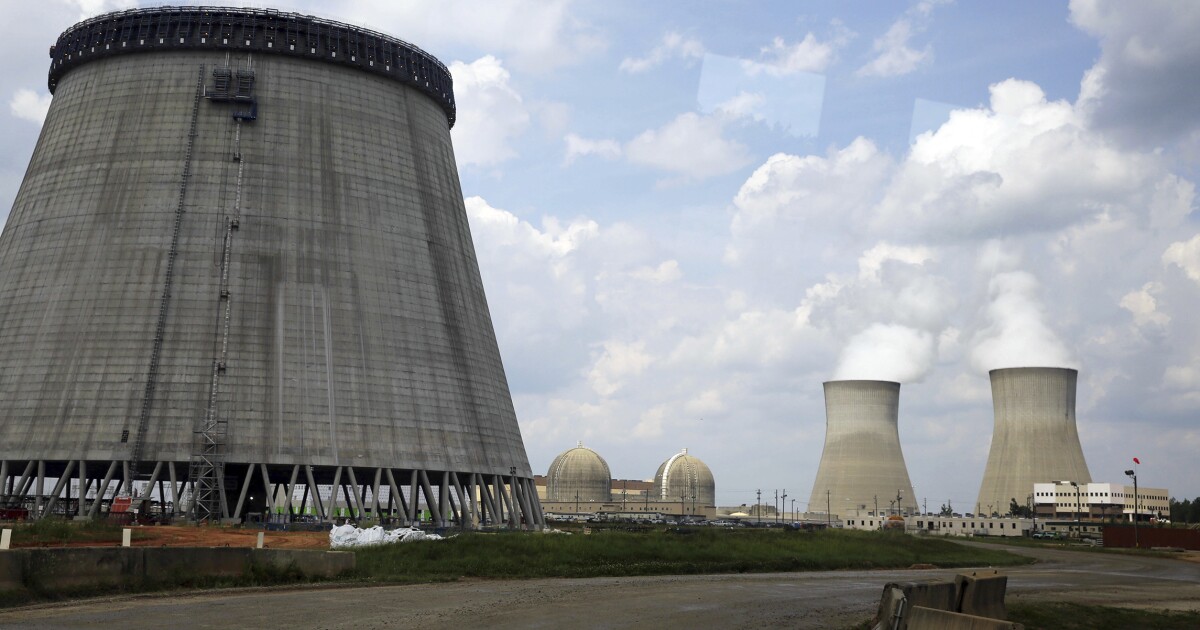 How and why a nuclear reactor shut down in Texas cold snap when energy was...

The shutdown of a nuclear reactor in Texas has contributed to the state's power shortage crisis caused by extreme cold weather.

The pump itself had issues when the water system had to be shut off for a short period of time, which in turn tripped an alarm and caused the pump to shutdown (i.e. no water was being pumped into the reserve used to cool the rods at the nuclear power plant).

A few things here:
1.) Texas has provided consistent surplus to the national grid for many decades, and many states have benefited from this.
2.) The new administration decided to make a mandate that would “price gouge” Texans since the one state with the most issues was Texas and that was because one of their major power producing plants (nuclear) went offline.
3.) The media has filled the search engines with all sorts of articles about how Texas failed and how their coal power plants and such are inferior…even though it was a NUCLEAR plant that failed because WATER was cut off for a period of time.

Finally, everyone who is jumping all over Texas for their blackout never stopped to think about how much Texas may have contributed to perhaps the very state they are typing at their keyboard making such remarks!

So…I guess the bottom line is that when it is other states in need then by all means…national emergency and all… but when Texas is in need then it is price gouging and if they don’t comply spread all sorts of hate articles and news blurbs about Texas?!

Man…the US really needs to break into several countries…because it is blatantly obvious there is no longer any “good will” between state lines!

I’m just going to start replying with “LOL” to anything mklp316 posts.

Up is down, black is white, good is evil. Gaslighting reality all the way to the grave.

Says a MSM zombie. Every time you open your mouth, I can tell it is simply to regurgitate some nonsense mainstream talking point. If anyone walks around with a fraudulent, pre-manufactured reality, it’s you.

That guy is a fake news douche bag, can’t stand him. Figures you’d dig his bs. Most of his little tirades get taken apart by people no so ideologically inclined.

You are logged onto a conspiracy site, right??.. Is there any greater conspiracy than the pervasive evils taking place in our our world and against our natural livelihoods??.. That’s why many of us are here to learn, to share opinions, discuss various conspiracies and to see if any remedies can be presented… You are welcome to laugh at my postings and the topics I bring up for discussion… In fact, I welcome it and may laugh along with you… I think your are just here to be contrary and to find a reason to bash a topic as personal attacks… I may laugh at a few of your topics too if, you ever bother to create and share any topics… LOL… LOL… and LOL…