The paedophile behind the entire SCAMDEMIC

More and more comes out over time.

Billionaires Bill Gates and Jeffrey Epstein reportedly had a brief history of meetings, according to a new book by Miami Herald investigative reporter Julie Brown.

Bill Gates, the one who has been funding governments especially the UK,

We work closely with government, nonprofit, and private-sector partners in the UK on policy and financing for many global health and development issues, particularly in the areas of infectious diseases, nutrition, agriculture, and gender equality.

Who else has he been paying? Its no surprise the uk take money from paedophiles as British royals and politicians are also guilty of paedophilia,

Epstein abused underage girls at the house, which was adorned with pictures of naked girls and stocked with sex toys.

And they are all part of the same neo nazi empire currently ruling our world disguised as the British empire,

Boris Johnson condemned for ‘appalling’ Tory alliance with neo-Nazi and...

Exclusive: Tory peer reveals PM has refused to act – because it is ‘a long way away’ and ‘he can’t be on top of everything’

How much more are people going to put up with?

Where are you from dude?.. only asking because it was all over the mainstream here in the UK. The whole racism with football and taking the knee and politicians were supporting it… I also saw the one about William as well. I was thinking of sharing it to point out how utterly pathetic it is.
This is how I see it…

We have laws against discrimination and have for a while. We have the equality act also. Now, I live quite the humble life. I care not for wealth. What is a piece of paper or plastic worth?.. who made it? Who decided the value of this thing called money? Why do we need it so much when we make it? Just make more and GIVE it to people!..
Anyways, what I see around me are many people of different ethnicity and colour and whats more… I see these people have their own business, work for other busines’s, work in places of authority, they are doctors and nurses… hell most of them have great jobs and far more money than I do and so I ask… where… the fuck… is the racism?.. I can go out talk to these people, do business with these people make friends with these people… what the hell are they talking about?

The only reason racism exists is because rich people want it to. They control the information we see and have done for years and years. We are a world of one race. The human race. Yes we all live on different islands and have our own cultures but so what?.. what makes us different is what makes us unique. I can see that and so do other people when I go outside. There are mixed race families everywhere and even I find a woman from another country more fascinating, more intelligent and more beautiful than the British women I see from day to day. My driving instructor was a woman from Slovakia and man was she hot!.. I’ve dated a Latvian lass… and a lass from Canada… I have friends in other countries as well…

I don’t understand Britain at all. I feel as though I see everything so different than the average British person I meet…

I’m in Hampshire England.
I want to know were all this suffering is with black people in this country.
The only suffering that i have seen is…thousands of under-age girls groomed and raped and still getting death threat from the rapists families.
Little white girls being blown up at a pop concert.
The 7/7 bombing.
The tube train bombings.
Countless stabbing murders and cars being driven into innocents.
A British soldier beheaded on our streets.
Homosexuals stabbed to death in our parks.
Black on Black shootings and stabbings in their hundreds each year.
County lines black drug dealers destroying lives up and down the country.

Where was William when all this was happening.
And the blacks in this country think their suffering with name calling.

I wish more of us were asking as well. Very well said dude…

Well, last year in January, Lord steel resigned not only for knowing about a paedophile in Westminster but also for recommending him for a knighthood. 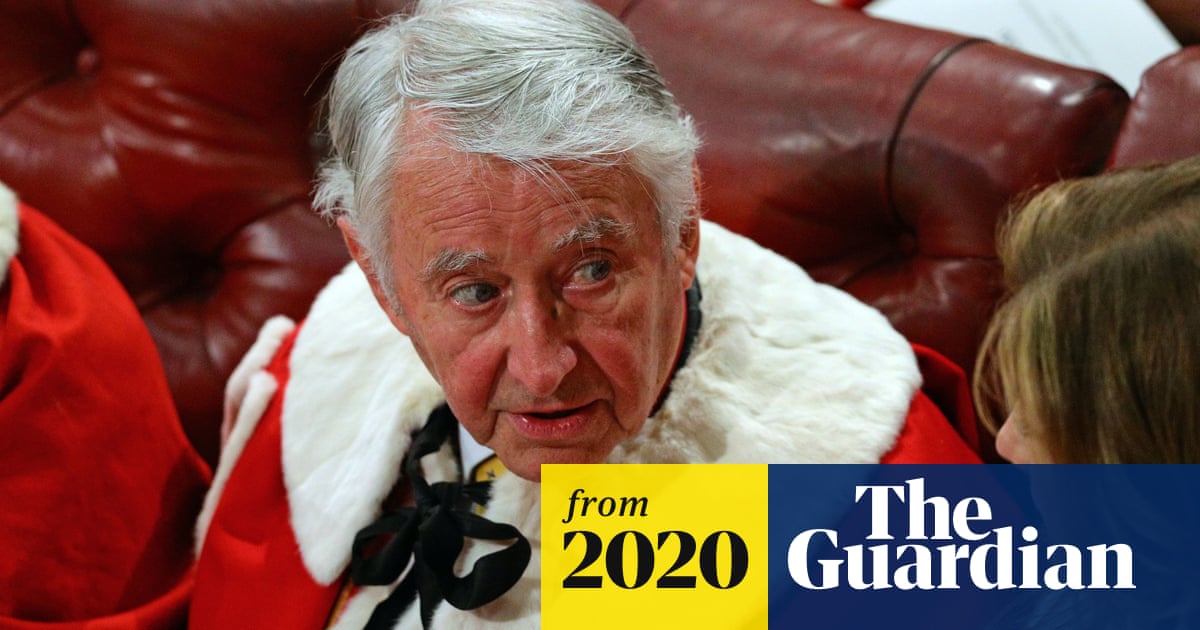 How is it that only a small portion of society can actually grasp this ?

The only suffering that i have seen is…

Where was William when all this was happening?

Lest We not Forget what Jimmy Saville did and his close ties to that family.

thanks jedi, really good read. So like how the F are children supposed to try and beat that lot, it must put 100s - 1000s off trying, they are to scared of what might happen to them. …

The only reason racism exists is because rich people want it to. They control the information we see and have done for years and years. We are a world of one race. The human race. Yes we all live on different islands and have our own cultures but so what?.. what makes us different is what makes us unique. I can see that and so do other people when I go outside.

You are not alone in this. WE THE PEOPLE can attest to the fact that you are 1000% correct. It’s all a game that’s played to keep the money rolling and the fatcats fed. Nothing more, regardless of ideology in many ways.

At least another one is found and dealt with…

How much more are people going to put up with?

Not much more I can assure I deplore the law and the fake.
Amid the uproar and rage on a page is sinister silence for pities sake.
Goodness gracious it’s outrageous as energy is contagious.
Even Zeus with his power in the hour dire & dour wields a shield of Aegis.

As an exile, with a smile, an immigrant but itinerant traveller my brother, can well attest to the racist POINT of view.
In White City you could play spot the white man, but hey that was back in the day, when one black in a village, Leroy stood out as a shining example of being a mirror to reflect the inherent and outdated concept of racism fair dinkum he was a target.
Alien nation now and then proves the pen is mightier than the sword, and the word herd don’t need to be a nerd to see the Bender Agenda is part and parcel of a paedophile’s castle, crumbling from head to metatarsal.
‘Who’s the paedophile behind the entire scamdemic’?
Loyal to Royal, or rhyme & reason renegade, for all sorts of sports are made to divert and pervert the course of Justice.

They are creating a reality that most of us don’t live in our agree with. But through repetition they will suck in more everyday. It’s not by accident we are referred to as sheep. A handful of people can control almost every aspect of our daily life.

There is no racism coming from the white population. The British are very tolerant and open minded people.

At the moment I am seeing a very sinister anti-white agenda being played out across the world right now.

This is being orchestrated by the same elites (usually rich white men) who are using the media to promote this new agenda.

It’s nothing more than divide and conquer.

We have had grooming and sex rings in the North of our country, which are run by mainly Asian men.

This is being swept under the carpet and if anyone dares speak out then they are silenced.

See Tommy Robinson (he has a colourful past, but is absolutely spot on with what’s been happening).

Me personally, I hold the view that the general population of the world is not racist. Just a few idiots that spoil it.

All the countries I have travelled to, I have found all of the people to be very friendly.

“Treat people how you would like to be treated”.

Most American sheeple are more concerned with the price of gas and milk, Whats going to happen with Brittany Spears and her Dad and sister, and whats for dinner, than they are with any of this shit… They read about it. Get upset, and then its time to go to work…

1 Like
system pinned globally July 19, 2021, 12:20pm #20
next page →
Please consider to support Disclose.tv for as little as $2.50 per month. Learn more
Register a free account and join the discussions on Disclose.tv today. Sign up