The Prince and The Ruler of The Air

Rules The Air and Welds The Power 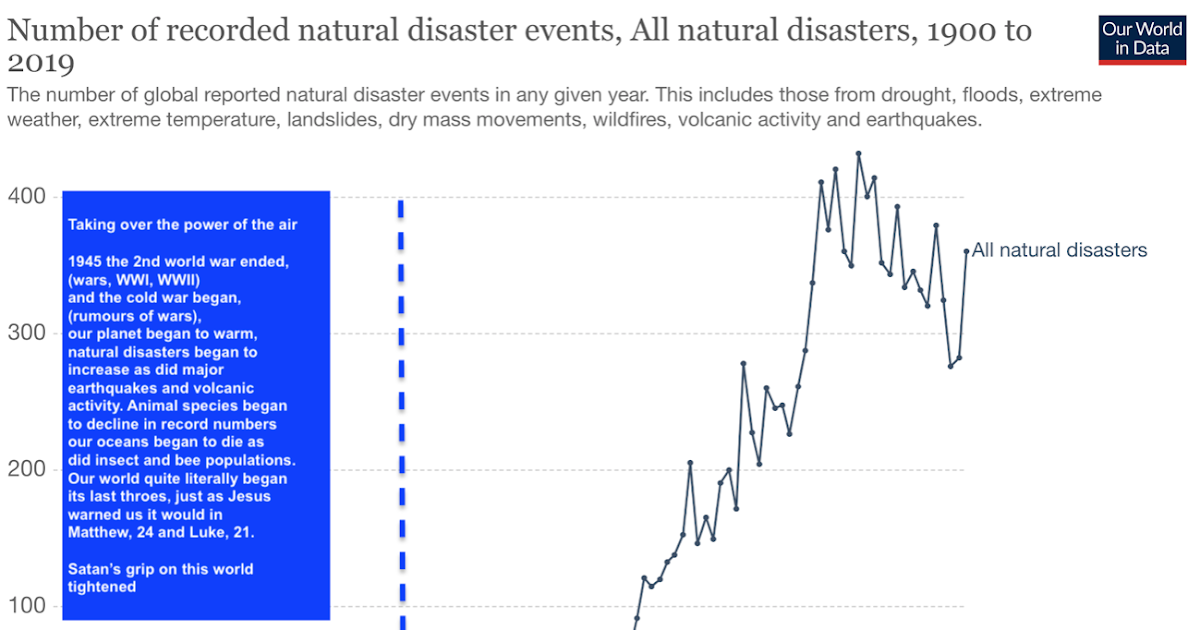 The Prince And Ruler Of The Air: Satan's Deception: Radio waves, TV signals,...

Our World In Data showing the year our world changed forever, slowly at first but then...Click on image to enlarge. It is clear to see in th...

Been saying this for a decade…

What is the “power of the Air” that Paul refers to? The power to broadcast across the “Airwaves.”

Who Controls
What and How

That Is
Broad Casted?

Ive said and studied these concepts too.

What does it mean that Satan is prince of the power of the air (Ephesians...

What does it mean that Satan is prince of the power of the air? What does Ephesians 2:2 mean in terms of how much power Satan possesses?

Read the article and you will see the retarded ex-angel is a defeated foe and explains how his followers are so desperate. How can a general lead when he knows he has already lost the battle. His fear will show in the desperate ineffective fighting of his soldiers. This is what you see on this site every days. They have no leader.

The keyword in that scripture is the simple word WERE, past tense.
Prince of the Air means the invisible atmosphere around us.

Invisible evil spirits that are influencing and controlling non-believers and their leaders such as Gate, Soros, Zuckerberg, Clintons, Obama …Bushes…

In times past there were spiritual Craftsmen. Messengers Angels
( Like fallen angels) .
Each had own specialized power management. Earth air fire water.

This gives each a advantage of skill and power in that chosen art.

The cartoon above and movie are propaganda films for Satan and his power.
The Air bender/ satan will also call fire down in face of men ( in front of men).

This gives us two intelligence ( like spy intel) prices if data.

He has no power over earth and water, he must pull fire with air not a meteor or a missile.

He has the authority to
Move thru his medium without effort (or. Flying without wings or propulsion)

So he and his crew can fake ufo’s or he can make in air phenomena like
Foo fighters or transmogrifying bodies just floating in mid air.

They are arranged like an army, albeit a defeated army.

just as Jesus warned us it would in Matthew,24 and Luke, 21 but he also told not to be alarmed, because these things must take place.<

I believe that the universe is a battle of creation and destruction.

The neat thing is that all this is playing out in front of us instead of between the pages.

If your heart and thoughts are good…
Fear not.
For this too shall come to pass.
Live each day the best you can.
For each day is a gift to awe.

The MSM is the evil you are fearing in the Air.
They have only falsehoods and sensationalism to try and fool the masses.
But …No real power.

They directly serve the prince of the air. He has promised them the luxury of this world and denied that he will take their soul.

An interesting read is the hierarchy of the luciferian/satanist organization from the regular lackeys as we see here up to the top of the pyramid with the Rothschilds and Soros. It makes things on our level start to make sense

They directly serve the prince of the air

And he ain’t got
no Real Power either…
just the
naive to be
emotionally manipulated.

@brendace This is what Professor Rudolph Steiner was talking about back in the 1920s, Luciferians created the internet, that is why they called it the “web”, its meant to trap us spiritually.