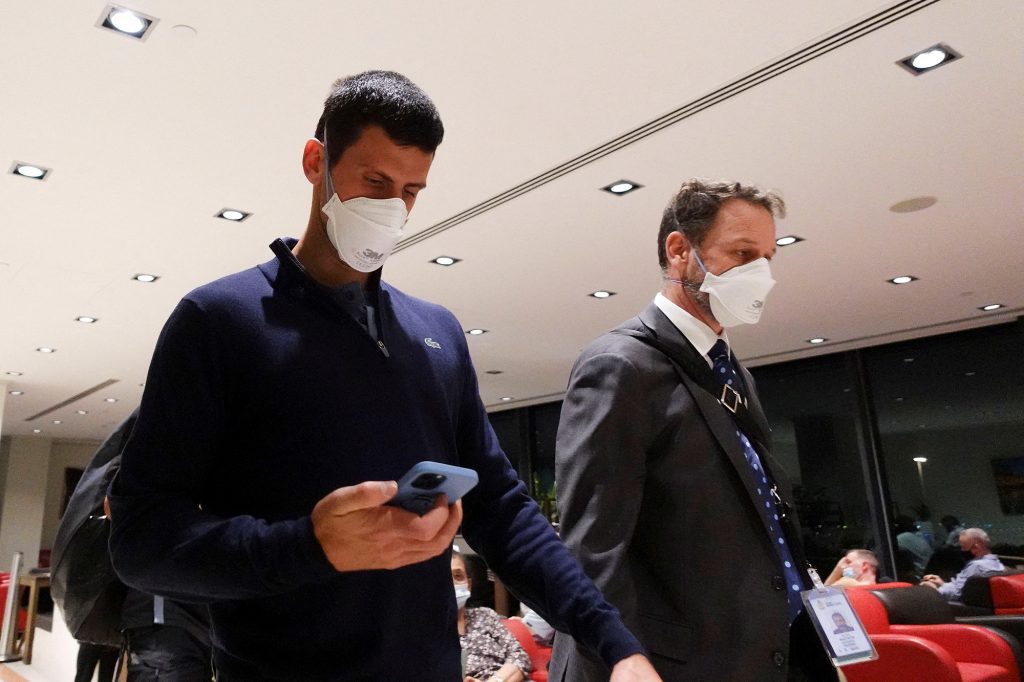 Djokovic took off from Australia on a scheduled Emirates flight bound for Dubai.

“I am extremely disappointed with the court ruling … I am uncomfortable that the focus of the past weeks has been on me and I hope that we can all focus on the game and the tournament I love.”

Djokovic said in a statement

Serbia’s President Aleksandar Vucic sharply criticized the Australian authorities’ handling of Djokovic on Sunday. He said a “witch hunt” had been sparked, and the media had created a “lynching mood.” “Novak was used to make an example of how the world order works now.”

World No. 150 Salvatore Caruso (29) will replace Djokovic as a so-called lucky loser. He will play against the Serb Miomir Kecmanovic in the first round, according to the updated schedule for Monday.