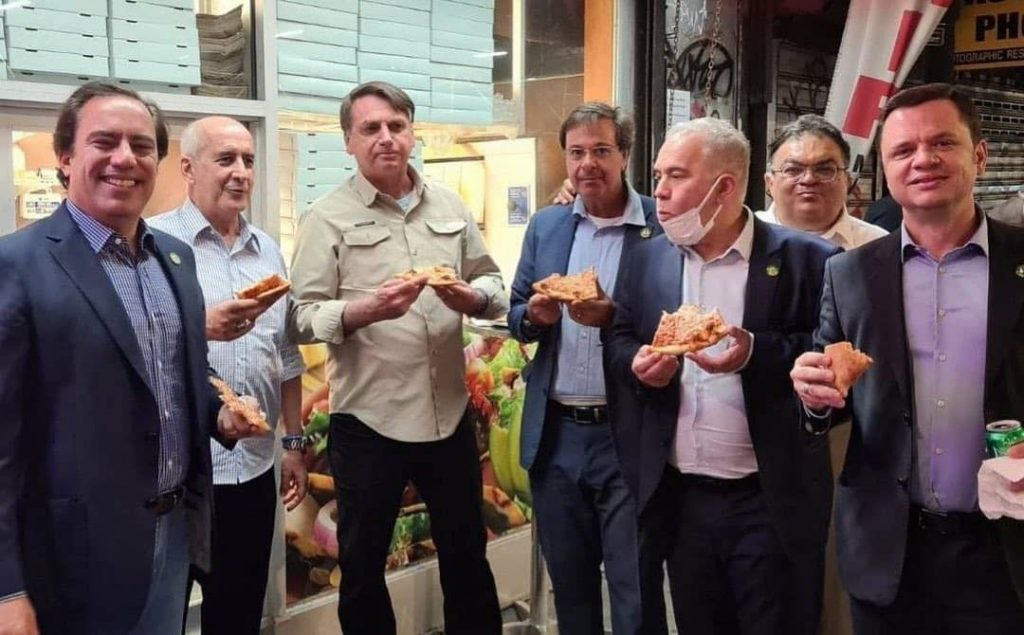 Presumably because of his lack of Corona vaccination, Brazil’s President Jair Bolsonaro ate a pizza on the sidewalk on the sidelines of the UN General Debate in New York.

“Luxury dinner in New York,” wrote a member of the Brazilian delegation on Twitter under a photo showing Bolsonaro with a slice of pizza outside.

Restaurants in the U.S. metropolis are only allowed to serve patrons indoors who have received at least one Corona vaccine dose.

Bolsonaro is in NYC to take part in the United Nations General Assembly.

Bolsonaro, who has been heavily criticized for his handling of the Corona pandemic in Brazil, himself claims not to have received a Corona vaccination to date. He wants to be the “last Brazilian” to be vaccinated.