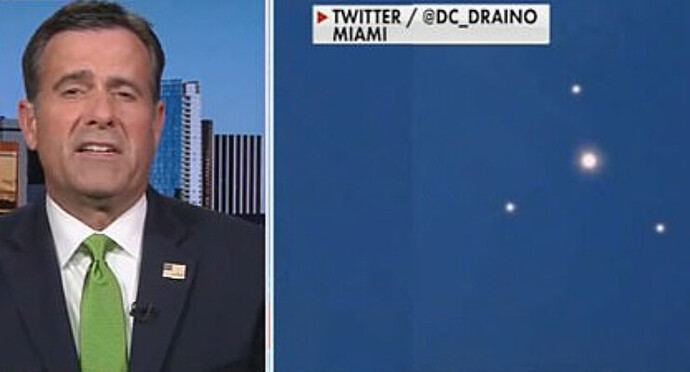 US has ‘secret evidence of UFOs breaking the sound barrier without a sonic boom and performing moves humans don’t have the technology for’, says Trump’s Director of National Intelligence.

In December a 180-day deadline was announced for a report into UFO sightings. The Pentagon and intelligence agencies must release their report by June 1.

John Ratcliffe, former DNI, said there were more sightings than publicly known. Ratcliffe said the observations were made by Navy and Air Force pilots.

They were recorded by ‘multiple sensors’ and had no obvious explanation. The incidents included supersonic travel without a sonic boom.

Ratcliffe said it was in the public interest that the information is released.