US prepares Taiwan for war with China 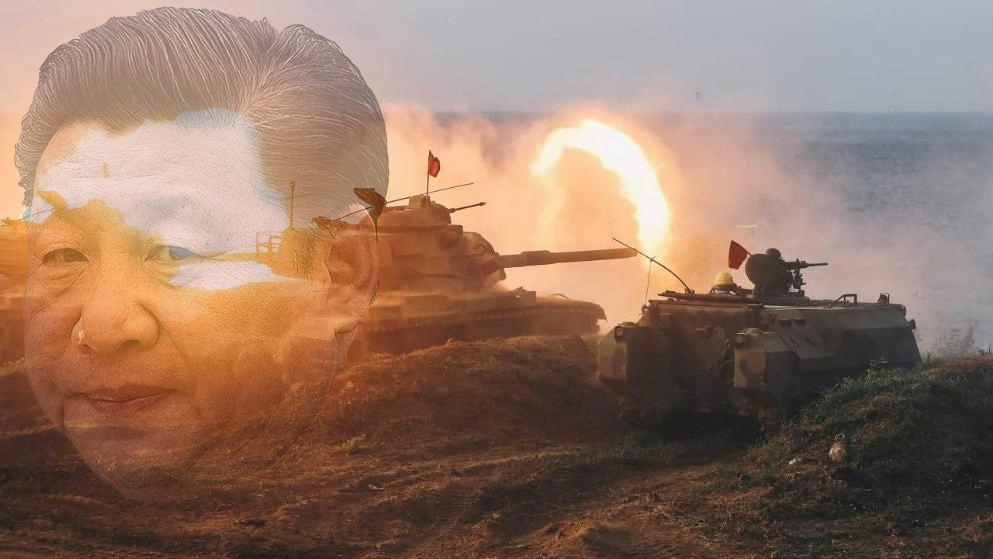 A special operations unit and a contingent of U.S. Marines have been preparing Taiwanese soldiers for a potential invasion of China in secret exercises, the Wall Street Journal revealed in a report that was confirmed by the Pentagon on Friday.

China: U.S. must withdraw from Taiwan

The U.S. must withdraw troops from Taiwan, the Chinese Foreign Ministry said today, urging Washington to respect its agreements with Beijing.

“The U.S. must sever diplomatic relations and abrogate its mutual defense treaty with Taiwan and U.S. forces must withdraw from Taiwan.”

“The U.S. has made its clear commitment to China. In his phone call with President Xi Jinping, President Biden emphasized that it has no intention to change the One China principle,” spokesman Zhao told reporters.

Xi Jinping, the General Secretary of the Chinese Communist Party, will deliver an important speech this Saturday. He is expected to emphasize the reunification with Taiwan and to resolutely oppose external forces’ interference in the Taiwan Strait.

Taiwan’s Foreign Minister Chiu Kuo-cheng warned on Wednesday that an invasion by China could take place as early as 2025. For Taiwan’s government, it is only a matter of time before Chinese soldiers appear on the shores of the island state and try to subjugate free democracy to the Chinese communist regime.

A total of 150 Chinese fighter planes have penetrated the Taiwanese air defense zone last week. On October 1st is were 59 aircraft, including nuclear bombers. A new daily record. Taiwan scrambled fighter jets to intercept the intruders and force them to turn away.

China’s President Xi Jinping has been pushing for reunification with Taiwan for years. The 68-year-old Communist Leader said the issue could not be passed on from generation to generation as early as 2013. If necessary, reunification by force is also an option Xi does not rule out. At the end of July, Xi had Chinese troops drill for an invasion.