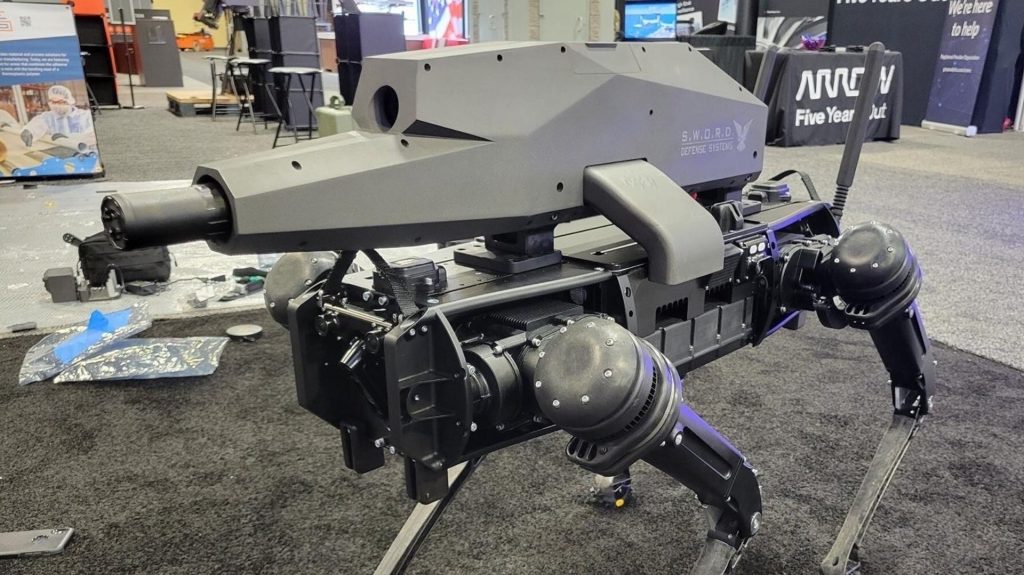 Boston Dynamics has so far refused to allow its robot dogs to be used as weapons. The weapons manufacturer “Sword” has now developed a similar robot-like dog with a sniper rifle attached.

The new war machine was shown at the US military exhibition AUSA in Washington. The armed robot is able to fire precisely within a range of up to 1200 meters. The system called SPUR (Special Purpose Unmanned Rifle) is controlled remotely.

Thanks to its sensors, SPUR can be used both day and night. According to Sword, the equipment includes a thermal imaging camera, a 30-x optical zoom, and a special ceramic coating that is supposed to offer camouflage options and protection against modern night vision systems.

Armed for the first time

The four-legged robot platform comes from the manufacturer Ghost Robotics, which, according to its own statements, has already worked with various other partners such as Rheinmetall for tests. According to the War Zone report, this was probably the first presentation of an armed model of the Ghost robots. So far, the robots have been tested by the US air force, to guard facilities for example.

The manufacturer advertises its robots as robust, all-terrain, and versatile. In the future, they want to expand the model range to include robots specifically for certain environments. Furthermore, a model series called Wraith is planned for the needs of the military.

In terms of shape, the machines from Ghost Robotics are of course unmistakably reminiscent of the robot spot from Boston Dynamics. Spot can also be equipped with a gripper arm, so an armed version would be conceivable. The general terms and conditions formulated by Boston Dynamics prohibit any use of the Spot robot as a weapon (so far).