Why we “doomscroll” our feeds endlessly – and become unhappy 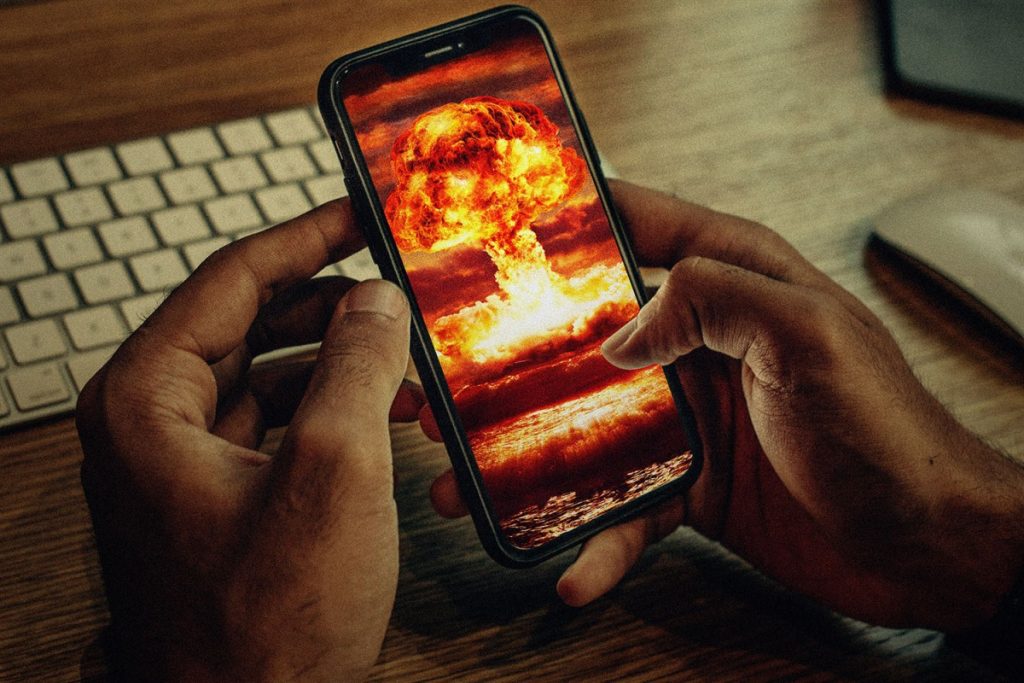 Doomscrolling is a relatively new phenomenon in scientific terms. But the endless scrolling through the depressing news feeds of Facebook and Co. is a serious problem. We explain the problem and provide help on how to solve it.

What is doomscrolling actually?

By definition, doomscrolling is the endless scrolling through newsfeeds, social media feeds, and comments on Facebook, Twitter, and others. In the process, we consume predominantly negative content and thus get caught in a depressing cycle.

The neologism allegedly first appeared on Twitter in 2018. It is made up of the English words “doom” and “scrolling.” The first component “doom” has several meanings and stands for death, destruction, or some other terrible fate.

In combination with the “scrolling” we are all familiar with, something like “doomscrolling” or “damn scrolling” is created.

Why is doomscrolling becoming a “danger” right now?

There are two factors at play here.

On the one hand, there is a constantly growing flood of information. It was not only yesterday that it became known that the overwhelming majority of news is of a negative nature.

On the other hand, Facebook, Twitter, Instagram, and the like are designed so that their users can scroll further and further. The minds behind the networks and feeds are always delivering new content. After all, the goal is to keep us on their platforms for as long as possible.

For example, if you open Instagram every few minutes and try to update your feed, you’re already stuck in an evolutionary trap. The same applies to the uncontrolled consumption of stories. Anyone who notices this should urgently reflect on their own behavior.

What is the cause of doomscrolling?

As is so often the case, there is a biological explanation for physical and human (addictive) phenomena. Doomscrolling is no different. In fact, according to neuroscientists, two evolutionary biological factors play a role here.

On the one hand, we humans try to solve our own ignorance by acquiring information. The more data we obtain from our environment, the better our chances of survival.

On the other hand, in contact with the negative, we quickly look for solutions. In the case of social media, that solution is to keep scrolling and hoping to find explanations for the problems and issues we find and raise.

How do we free ourselves from doomscrolling?

As described earlier, doomscrolling is a phenomenon from which our social skills and especially our interpersonal contacts can suffer in the worst case.

After all, those affected often don’t even notice that they’re already back on their smartphones. Even the most minimal breaks are used to open and update social networks. All this is connected with the hope of satisfying the greed for more news.

The dependency and psychological components alone already show that there is no easy solution to this. The first step is to become aware of your own behavior. That is, to determine when and how often you open social media apps without need.

Since this is a trained behavior or addiction, quick successes are unlikely. Help is provided, for example, by time limits for apps, a black-and-white mode that eliminates the color factor or set offline times.

For example, anyone who simply leaves their smartphone at home or activates flight mode during evenings with friends will quickly discover how relaxing this can be. At the same time, we often realize how unimportant smartphones actually are. We rarely miss out on relevant information.